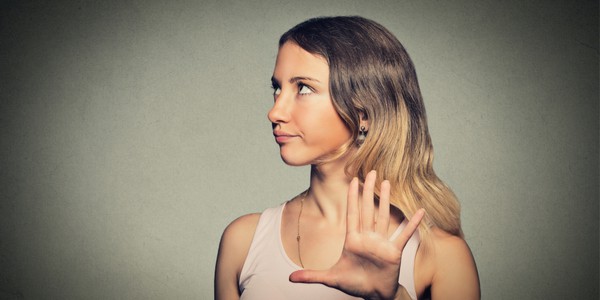 If a girl ghosts you (and suddenly disappears), then this article will show you the best way to handle this situation and capture her interest.

Ghosting behavior is becoming more and more common in the modern world, especially since the introduction of social media and messaging apps.

As you can see, you need to strike a delicate balance with a girl if you want to maintain interest and attraction.

Before we get into this, let’s take a look at an email from a reader who is going through this exact same problem. My response can be seen below in bold.

I’ve been casually dating a girl for about 10 weeks. I’ve been on 6 dates going out every other week. We went out again on second date and held hands, then finally kissed on second date. I did feel she was a bit structured, but we enjoyed our time together. She would pay for drinks if I paid for meal and she appeared very considerate. I proposed going out again on our last date and that may have been a mistake as I wasn’t as mysterious.

You can experience resistance if you ask a girl out on another date when you’re currently on a date with her. In other words, if you tried to set the date too soon, it can look desperate, and it can lead to her testing you.

After the date, she usually texts me something but I noticed she did not do it this time so I asked her how her weekend was and we exchanged a little. Then a few days later, I texted her asking what she was planning to do in NYC as I lived there in past and I could give her suggestions on tips. She never replied.

She might have felt that you were chasing her too hard at this point. You only need to give tips and suggestions to a woman when she asks for them. She knows that you used to live in NYC, if she wanted help she would have asked for it.

The most likely reason for her pulling away is the sense that you were chasing a little bit too hard here by reaching out to her first. Women can be very sensitive about this, especially before you have become intimate. It doesn’t take much these days to turn a woman off and kill attraction.

The brutal truth is: some women are very sensitive and unforgiving when it comes to minor mistakes. That’s not to say that you can’t correct the situation, but you do need to implement a solid strategy here.

It’s been almost a week now since my text and I almost given up on her. I’ve been watching your videos and I think I should not reach out to her unless she does. I was very surprised at her ghosting behavior as she was very responsive prior to that.

Most people kill attraction over the phone. This is why it can be so confusing because when you meet a girl face-to-face everything feels great. Most people don’t have a problem face-to-face, problems usually only arise when there is distance and texting involved.

Having said that, a week is nothing to worry about. It’s not unusual for women to pull away for 2 to 3 weeks, sometimes more. If she felt as though you were chasing her too hard, then she is going to test you by pulling away and seeing how you react.

You have to give it at least 2 to 3 weeks before you know how this is going to play out.

I would stay no contact on this girl until she reaches out to you, even if it takes a week, a month, or six months. Stay no contact. Let her realize that you’re willing to walk away on her, and I guarantee she will come running back to you.

How To Prevent Ghosting

If a girl ghosts you or suddenly disappears there are a couple of reasons why this might happen.

The first, and most common reason, is that you chased her too hard. She felt as though you were the one chasing the relationship and she also felt that you liked her more than she liked you.

If a girl feels as though you like her too much, she will pull away from you. A lot of men fall into the trap where they feel as though everything is going great.

Face-to-face and they are making real progress with a girl, this leads them to over-text and chase a girl because they think it’s in the bag.

You have to be very careful in this situation.

Just because you feel a girl has high attraction for you, you must still stick to the rules of seduction. Anytime you break these rules, you will suffer the consequences.

If a girl suddenly ghosts you, it’s usually a good indicator that you’ve been coming on too strong, chasing too much, initiating most text messages, and being too responsive.

Women are sensitive these days. They are used to guys blowing up their phone, being chased, and stalker-ish behavior.

You must show a woman that you aren’t needy or relationship focused. This allows her to chase you and feel comfortable around you.

If a woman is dating you, but she hasn’t committed to you yet, then she is probably going on dates with other guys as well.

During this time, she is weighing up which man is the most worthy of her time and attention.

Now, 99% of men make all the same mistakes. They chase too hard, they are too responsive, and they panic when a girl pulls away.

If you can separate yourself from the other 99% of men by allowing a girl to reach out to you and chase you, then you will never lose her and you will always get the girl back, even if she ghosts you temporarily.

Women frequently ghost men as a test (using the phone is an easy way to test men). The test is to gauge your reaction when she suddenly disappears. If you panic or gets upset, you fail the test.

Your approach should be one of indifference.

In the world of attraction, the opposite of being a nice guy isn’t being mean, it’s indifference.

You will notice that even in movies and popular culture, the cool alpha male isn’t aggressive or mean, he’s laid-back and indifferent and unfazed by anything that goes on around him.

In extreme cases, when a girl ghosts a guy forever, it’s usually because the man has made serious mistakes. If that’s the case, you already know you have made serious, long-lasting mistakes.

If you’ve acted like a stalker, or blew her phone up like crazy, or acted weak and needy, then you might have already done too much damage.

In that case, take your lessons on the nose, learn from your mistakes, and don’t make the same mistake going forward. Start fresh and focus on self-improvement.

Any man who is truly successful with women has made mistakes. Lots of mistakes.

They have racked up missed opportunities, lost girls, been ghosted– but they learn from their mistakes and developed massive success with women due to their ability to improve their behavior and eliminate mistakes.

When She Ghosts You

What is the best way to deal with a woman when she ghosts you?

You must cut contact and never reach out to her again unless she reaches out to you. Chasing women is weak behavior. It’s unattractive.

You will feel terrible if you chase a girl because you most likely won’t get her back, and she will also lose respect for you.

Even if she never contacts you again, she will respect you that much more if you’re willing to walk away. And in most cases, a woman will reach out to you if she realizes that you aren’t going to chase her.

The rules of seduction never change. We are living in an interesting time of great technological change right now, and this change has exposed a lot of mens’ weaknesses and insecurities.

It is now, easier than ever, for women to test a man and lose attraction for a man based solely on his behavior when they are not together.

It is also, easier than ever, for a man to stand out and separate himself from other men by not making all the same mistakes that 99% of guys make.

If she ghosts you, you ghost her back off and mirror her; after all, only a ghost can see another ghost.