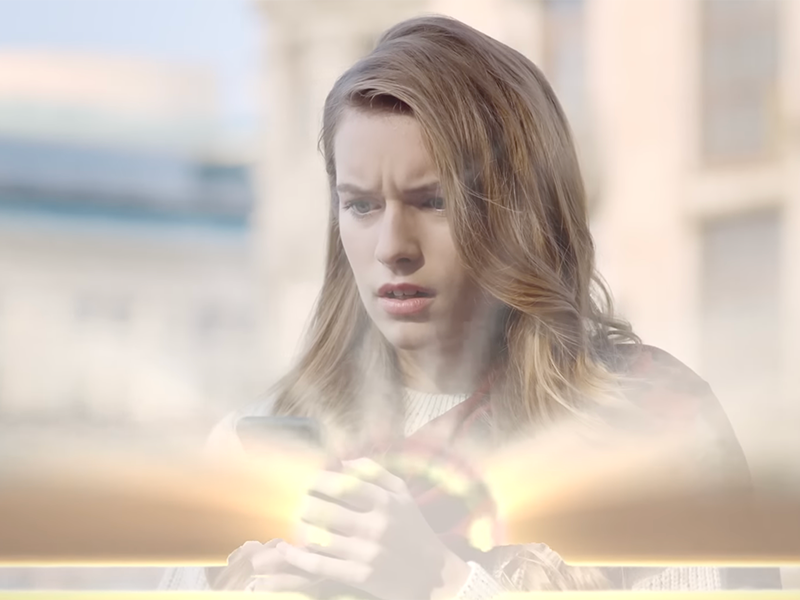 In this email, I explain why ignoring a woman is the nuclear bomb of emotions. But why would you want to ignore a woman? Ignoring a woman is a great way to restore attraction and rebuild respect, especially if you feel as though you’re losing power or being disrespected.

But first, let’s dive into an email from a reader and find out where this situation might apply.

Hi Chris, thanks for your videos and all your help. I’ve been having some serious problems with my girlfriend. She is constantly trying to manipulate me and it feels like I’m stuck in some kind of power play.

Playing games comes naturally to her and she secures her power by making sure I am doing things for her, running errands, blowing money on her, buying her gifts, lavishing her with constant praise and attention. And if I don’t do any of this, she gets really mad.

Unfortunately, the nice guy in me is afraid to upset her and say something that will push her away. Every time I ignore her she gets super upset, and begins blowing up my phone. She swears at me and tells me that I don’t care about her or love her. I’m not sure what is the best way to deal with this situation. Any help you can give me is much appreciated.

I think it’s time to ignore this girl!

This is because women seek attention above all else. They desire attention because it makes them feel validated and desired. Too much attention also has the tendency to make women act in a less respectful manner, flaking more, ignoring more, and pumping up their ego to an unbearable level.

Men Give Validation Too Easily

Unfortunately, too many men these days are willing to give women attention and validation. This is a big mistake because anytime you give away your power as a man, the woman gains power. This, in turn, makes a woman lose respect for you.

If a woman feels as though she is in the dominant position then she will look down on you and her desire for you will fade. When she knows she has you, she won’t want you; and when she thinks she can’t have you, she will want you. This is the unfortunate nature of human beings.

If a woman is not showing respect, being distant and withdrawn, or has cut off intimacy, then ignoring her is one of the most effective ways to rebuild respect and attraction. For without respect there is no attraction, and without attraction there is no love.

For example, if a girl arranged to meet you on a date, then cancelled and didn’t give you an explanation why—that’s a respect issue right there.

Fix respect, and you fix attraction.

A lack of respect is the reason why women act rude, dismissive and unappreciative towards a man. The moment a woman starts to lose respect and doesn’t value you anymore, she will disrespect you, blow you off and flake.

It’s the curse of the nice guy. If you’ve been too nice to a girl and she doesn’t deserve it, or you’ve bought her gifts, shown her respect and kindness and now she’s taking you for granted, it’s time to walk away and ignore her.

The best way to restore honor and respect is to show a woman that you can walk away from her and mean it. This is the ultimate negotiating position (as ex special forces operative Micheal Yon put it so eloquently).

However, most men in this situation don’t ignore a woman. They will send more messages, try harder to be nice, to get the girl’s attention. They’re afraid to drop the nuclear bomb, which is effectively what ignoring a woman is and also the reason no contact is so effective.

Ignoring a woman resets the relationship dynamic and shows her that you won’t let a woman treat you with disrespect. You have dignity and self respect, and no person can ever disrespect you if you don’t allow them to.

You’ll notice these days that women seek endless amounts of attention. It’s gotten so bad, that women are now making a living from getting attention off men. They use Onlyfans, Instagram, and cam sites to generate an endless income stream from millions of thirsty men.

The biggest culprits in this situation are, of course, beta men. Men who lavish money and attention on undeserving women. Women can only get attention from men who are willing to give it to them.

There is no doubt that women need and crave masculine validation, just as men crave female validation. But attention and validation must be earned if it is to be healthy. If attention is not earned, it’s taken for granted and dismissed without respect.

What do women think of men who lavish them with money and attention on Onlyfans and Instagram? The answer is not much at best, and pathetic at worst.

What do women think of men they’re dating who lavish them with attention and validation? The same as above: not much at best, and pathetic at worst.

The feminine male, who is more prone to beta or simp behavior, will naturally be very passive: watching movies, tv shows, playing video games, staring at social media, giving undeserved praise and validation to women in the vain hope that women will like him in return.

This does nothing to build attraction or create attraction, especially when men take this behavior into relationships with women. Women can sense when a man is low value simply by reading his behavior and how he interacts with her. If you want to stand out from the crowd, then you must do the opposite of what 95% of men out there are doing.

95% of men give undeserved attention and investment, you must be the 5%. The man who doesn’t invest in a woman unless she invests in him. A man who ignores a woman who takes him for granted and doesn’t show him respect.

This is one of the most effective ways to stimulate attraction and restore respect with a woman.

She might complain that you’re not messaging her first, she might get upset that you aren’t sending her texts like before or trying to see her. But this is how it has to be.

When a woman does this, she’s trying to put the blame on you, which is where women excel. In this case, you must turn the tables and let her know that if she wants to see you, she can get in touch with you otherwise you’re not interested and have other stuff you need to do.

When you limit your availability and time, women start to respect and appreciate you more because they can see that you respect yourself.