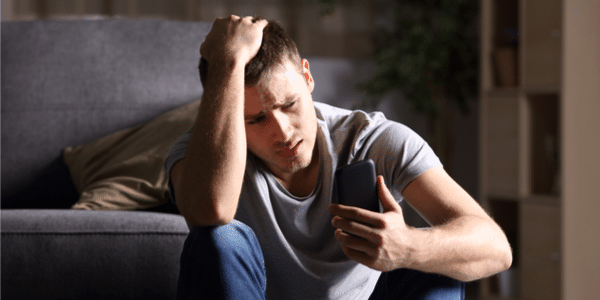 What do you do when a girl keeps flaking on you? How do you deal with the situation to recapture her attention and stop her from flaking in the future? This article will show you how to deal with this frustrating situation and get her interested in you.

When a man meets a woman for the first time, he’s usually struck by the visual. He’s intoxicated by the woman’s appearance and can’t stop thinking about her. The same, however, cannot be said of women.

Before they part ways, the man and woman exchange numbers and express a mutual desire to meet up in the not too distant future. The man goes home and starts to think obsessively about the woman, wondering if he’ll ever see her again. The man is driven, first and foremost, by his biological need to procreate.

This is why it’s so much easier for women to be patient in the early stages of a relationship. Before we look at how to handle flaky behavior, it’s important to examine the main reasons why women flake and cancel dates.

She’s Not Feeling It 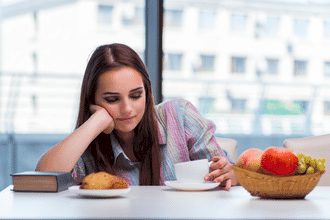 She might be having a bad day. She might have had an argument with her best friend. She might be feeling stressed out from work. It’s not that the woman wasn’t feeling good vibes about you, or that she won’t feel good vibes about you in the future, but right now, she isn’t in the mood to see you or anyone else for that matter. That’s not to say she won’t change her mind. A woman’s emotions are never static, and her mood can easily change from happy to sad and back again all within the space of an hour.

She’s in Love with Someone Else

Yes, a woman might give you her phone number and flirt with you even if she’s already in a relationship with someone else. She might even be flattered by your attention. That doesn’t mean to say that she’s open to dating you and taking things further. If a woman’s already in love with someone else, nothing you do or say will convince her to throw her current relationship away.

Women love getting validation from men because it feeds their ego and makes them feel attractive and beautiful. The man who engages in extended online/phone conversations that lead nowhere does nothing but feed a woman’s ego and desire for validation.

A woman might give you her contact details, not because she’s interested in having a relationship with you, but because she wants to feel validated and desired. Your interest makes her feel attractive, that’s all.

She Has a Genuine Reason

If a woman is on her period, is sick, is under a deadline, or another unexpected problem has occurred, don’t be surprised if she flakes on you. It’s not that she doesn’t want to see you, she does. She just has a genuine reason why she can’t see you right now. If a woman genuinely wants to see you, she’ll get back to you and let you know when she’s available at another time and date that’s more convenient.

When a woman tests you, she’s looking for visible signs of weakness. Flaking is an easy way to test men for weakness because flaking usually elicits an emotional response, causing most men to respond with anger, frustration, or panic. This tells the woman that the man is overly invested in her before he’s even got to know her. This is a red flag to women. When a woman’s testing you, it’s important to remain calm and unaffected by a woman’s flaky behavior. Expect women to flake and don’t be surprised when it happens.

Case Study: This Girl Keeps Flaking on Me

Miguel was at a bar with some friends when he accidentally knocked into Mary. Instead of getting angry, Mary smiled and playfully punched Miguel on the arm. Miguel insisted on buying Mary a drink and they hit it off straight away. For the next two hours, Miguel and Mary stood in a corner of the bar, talking about everything from music to sport. After that night, Miguel was hooked. He couldn’t stop thinking about Mary. Their attraction was so strong, they both agreed they should catch up over the weekend.

On Friday morning, Miguel sent Mary a message to make sure their date was still on. When Mary got back to Miguel, however, it wasn’t the kind of message he was expecting. Miguel blinked several times as he re-read Mary’s message: “Hey, I’m really sorry, but I don’t think I can make it this weekend. Got so many things to catch up on.”

Miguel felt a surge of anger and frustration. He squeezed his phone, then typed out a reply, trying his best to stay calm: “No problem. Let’s catch up this evening.”

Miguel’s blood began to boil. He had seen flaky behavior before and he wasn’t going to let Mary disrespect him this way. Miguel fired off another message: “You know when you arrange to meet someone it’s rude to cancel.”

For the next hour, there was nothing but silence. Miguel decided to send Mary another message to try and fix the situation: “Hey, I just wanted to say I’m sorry I was angry before. I’m not angry at you. I was just disappointed because I really wanted to see you. Let me know when you’re free and we can catch up.”

Miguel never heard back from Mary. His initial frustration and high level of emotional investment had turned Mary off and killed what little desire she had for him.

Almost a year ago to the day, Mary had been shopping at a new department store downtown when she Jeff introduced himself. Jeff had asked for her number, and over the course of the following week, they both agreed to meet up on Saturday afternoon.

Jeff waited until Saturday morning before sending Mary a message: “Hey, can meet at 7 pm?”

About twenty minutes later, Mary responded with a similar message to the one she would later send Miguel: “Hey, I’m really sorry but I can’t make it this weekend. I’m really busy, maybe next week.”

Jeff didn’t even bother to respond. As Mary waited for a response, she began to feel more and more anxious.

By late Saturday afternoon, Mary got the sense that Jeff wasn’t going to get back to her. She bit her lip. Maybe if I don’t see him tonight I’ll never see him again, she thought as she reached into her bag and pulled out her phone.

Jeff’s phoned buzzed. He looked down and saw a message from Mary: “Hey, looks like I can make it after all. Still on for 7?”

The first time a woman flakes, a simple message saying: “No problem, let me know when you’re free” should suffice. For added punch, you can also reference something you both previously talked about or a shared topic of interest.

For example, if a woman told you she was obsessed with yoga, you could respond with a message that references your past conversation about yoga. When you reference a topic or shared interest, you bring the woman back to the moment when she first met you. The woman remembers why she liked you and why she gave you her number in the first place. 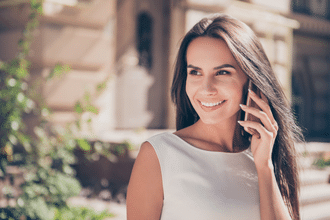 If a girl keeps flaking, more than twice, you must walk away from her and never contact her again unless she reaches out first. This also lets the woman know that you aren’t going to chase her because you don’t care if you see her or not. Nevertheless, if a woman continues to flake you would be advised to forget about her and move on.

The reason why she flaked isn’t so important, what is important is that the woman has shown through her actions that, for whatever reason, she’s unwilling to meet you. A woman should always be judged by her actions, not her words.

Going no contact often fixes flaky behavior as it lets a woman know that you’re not desperate and you have options with women. Furthermore, if a woman’s testing you, going no contact will guarantee you pass her test with flying colors.

On the other hand, if a woman’s only looking for validation, going no contact lets her know that you aren’t going to be there to feed her ego and give her the same validation that she gets from every other guy. When a girl keeps flaking, keep these points in mind and you should be able to correct her behavior and stop her from flaking in the future.