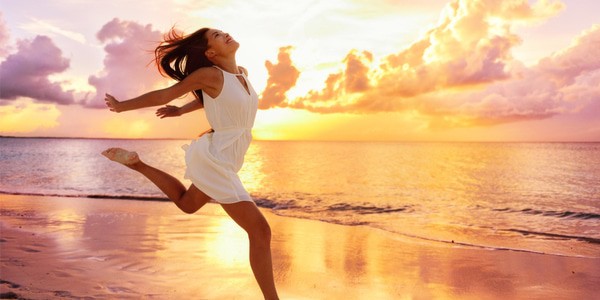 If your girlfriend wants to be single, this article will show you how to change her mind and want a relationship with you again.

But first, let’s take a look at an email from a reader who is having this problem in his own relationships. My answers can be seen below in bold.

(Note: Real names and personal information have been changed for privacy reasons.)

Hi Chris, I was dating a girl who was also dating someone else. We kicked off through the end of their toxic relationship. We fell in what I believed to be love and formed an official relationship in secret.

Her ex found out and got physically abusive towards her and threatened me. He wouldn’t leave her alone. She took off to South America alone for 3 months to get away from the situation. I was supposed to meet her but a few weeks in she asked me not to. She distanced herself but I was persistent in trying to make it work. Maybe too persistent.

I think you sense where you went wrong here. If a girl is feeling stressed out and upset, she will pull away from all stressors and shut everything and everyone out until the stress is resolved. At this moment in time she would have been under extreme stress (caused by her ex boyfriend). As a result she decides to get her stuff and run-off to South America for a couple of months. If she asks you for space (even if you didn’t do anything wrong), you must give her space and respect her wishes. If you don’t listen to her, you will become another source of stress and she will pull away from you.

When she returned home she told me she had several encounters with other people overseas and she realized she didn’t want to be in a relationship.

That’s pretty much a man’s worst nightmare isn’t it. His girlfriend runs off and she experiences all the freedom of living in a place where no one knows her and she can do what she wants.

She said she needs time to be single before moving into the next relationship. She’s since established that she doesn’t have feelings towards me. She’s tried to be friends. We had a drunken night out which lead to an argument then intimacy the other night but in the morning she pushed me away when I tried to get close and she told me she completely regretted it. She told a friend that she felt nothing and emotionless when we did it and just wants to be single. She’s 27 and I’m 34.

Unfortunately, the more encounters a girl has with other men, the more benchmarks she has to measure you against. She has tasted freedom and independence and she equates that with fun and low stress. If you’re still chasing her, being relationship focused (arguing with her) and trying to get close to her, she will continue to push you away.

I don’t want to loose her. I’m trying to play it cool. Im hurt that she was intimate with other people but I’ve done the same in similar circumstances in a past relationship so I’m trying to empathize.

I get it. It is hurtful. Especially as you would have considered yourself in a relationship of sorts with her when she went away. You think she’s going away to get away from her nasty ex and to escape from all her stress. In reality she goes to South America and has a bunch of encounters, then comes back to you with low interest. It hurts.

I’ve made the mistake in trying to encourage her to make it work between us and persisted a little too much to the point I asked to be friends with benefits. To which she said yes then regretted what she said the next day and said no.

You must be given credit for understanding your mistakes and knowing where you went wrong—that’s half the battle when it comes to getting her back. Now it’s time to take corrective action.

Her trip has changed her and her outlook on life. She’s decided that she wants to move overseas next year. She’s completely lost interest and I don’t know what to do. She used to cry over how much she loved me and now she sees straight through me. I’m coming to the realization that I was a rebound but I know her feelings for me were real. What should I do and is there anything I can do to change her mind?

She Used to Love You, What Happened?

You’re right. At the time, when she was crying over you, her feelings were real and genuine. You saw the tears, you saw how much she cared about you. It’s important to remember, however, that women only respond to their emotions in the present moment. Her feelings are like the wind—they change day-by-day.

One day a girl can think the world of you and be head-over-heals in love. The next day she can hate you and doesn’t want anything to do with you.

When a girl says that she wants to be single and doesn’t want a relationship, that is a reference to her feelings for you.

Translated into plain English she is saying: I don’t want to be with you, your behavior is not attractive to me.

If a girl is attracted to you and you’re doing everything right, she will change her plans to go and live overseas. Women always put (valuable) relationships first.

So here’s the predicament. Your girlfriend wants to be single, how do you change her mind?

She Wants to Be Single, Why?

She tells you that she wants freedom and independence, and you fear losing her. She notices your panic and neediness and continues to pull further away from you.

Your mind is spinning. What happened to that once sweet, loving girl who cried over you and got excited to see you?

You hang on to hope, hoping that she’ll change her mind and rediscover her feelings for you. But the more you try to change her, the more certain she is that she wants to remain single.

One of my readers was in a similar situation to this not so long ago. His girlfriend told him that she no longer wanted a relationship and that she preferred being single.

From her perspective, she saw him as a needy, desperate person who was trying to restrict her freedom.

After I consulted with this reader, he tried a different approach. Instead of trying to convince her to stay, he pushed her way.

He told his (ex) girlfriend that he thought it was great that she wanted to be single. She should live life and enjoy herself because he realized he wanted to do the same.

It was only a couple of weeks later that this girl changed her mind about wanting to be single. They first re-established a no-strings-attached relationship. Having fun. Not talking about the relationship. Enjoying each others company.

It wasn’t long before she started having feelings for him again and push for a relationship.

That behavior set includes the following:

— Don’t talk about the relationship

— Don’t be another source of stress

— Don’t seek commitment with her

— Encourage her to be single

— Focus on your own freedom

— Tell her you want to be single too

— Act in a masculine, confident way

She should be the one trying to convince you to be in a committed relationship with her, not the other way around.

If you subvert this natural dynamic, she will see you as weak and feminine in your behavior, and, as a result, she will get turned off by you and lose interest.

You need to become the attractive man that she was so in love with before. You need to go back to seducing her all over again. If you can do this, she will respond in a positive way.

It sounds counter-intuitive to push a girl away, especially when she asks for freedom. But it works a charm and is your best way to get her back.

Just remember she will test you on this. You can’t fake your feelings. You have to genuinely focus on other things besides her.

If she can see that you have taken the focus off her and put it on something else, she will feel free to come back to you.

The old adage applies here: if you want someone, set them free and see if they come back. It’s your only genuine shot at getting her back in this situation.