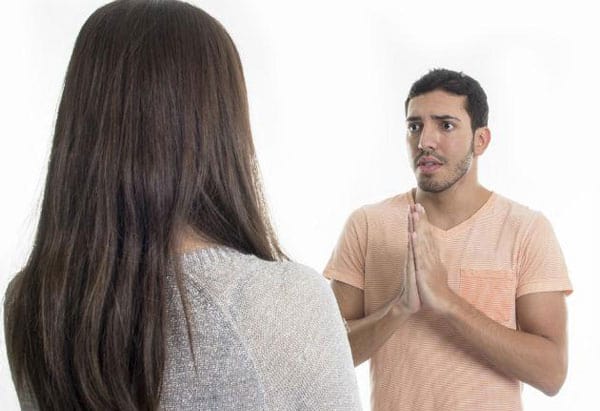 Here’s how to stop being weak in the relationship. I don’t say this to put men down, but being weak and needy is one of the biggest mistakes a man can make around a woman—if you want to unload, do it around your male buddies or close family.

Today I’d like to share an email with you (courtesy of a reader) who was frustrated because his ex-wife was holding back on him sexually and then ended up leaving him.

But it was all talk and she never did it. She loved having sex with me though and said I was the best lover she ever had. I just can’t understand where I went wrong.

I thought that could be a legitimate reason and I was really understanding about it. I told her that even if she just licked me or kissed me that was great too. But she didn’t even do that. I actually thought about cheating but knew in my heart that I couldn’t bring myself to hurt my wife. I love her more than anything and we talked about this a lot.

This happened last week and I’ve been a wreck ever since. I feel terrible for pressuring the woman I loved into doing something that she didn’t want to do. Now I’ll do anything to get her back.

(A lot of people out there will be full of excuses for this woman. But I’ve only got sympathy for this guy. His wife has essentially railroaded him, but here’s the good news. I’ve been through this experience myself and I have a fix for this problem. But before I get into the fix, I will try to provide some insight into why this guy’s wife was refusing to give this him something she knew he wanted and deserved: 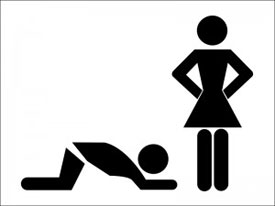 2) She’s lost attraction for you. There’s a strong possibility that she just isn’t feeling it anymore and she isn’t attracted to you enough to want to please you. This is because she knows she has you. You’ve made it too easy for her and you’re acting all weak and needy around her.

3) She is not naturally a giving person.

This is a tough one, but some women just aren’t givers. Some women are just takers and talkers. They talk and talk and talk, but don’t take action.

This solution might appear to be ruthless, but it works. If you want to keep doing the same thing and getting the same results then keep doing what you’ve been doing. However, the solution I’ve given you has worked 100% of the time with the women I’ve had the same problem with.

So why did she refuse his sexual needs and leave him?

Because he showed weakness and this turned her off.

A lot of guy’s think that once they’ve got the girl, especially married men, that the hard work is now over. The truth is, the work never stops with women. You have to keep courting and dating her, all the while doing it in a way that makes you appear strong and attractive.

In the case where a woman leaves a man for being weak and unattractive (as is the case with our reader), then there are certain things you must do in order to win her back. 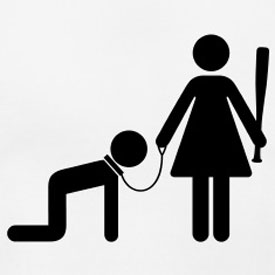 I’ve got two good friends who always get dumped by women.

After you start dating a girl, you should never be the first to contact a girl—remember, a girl should come to you, not the other way round.

These two friends of mine get upset if the girl isn’t happy and will do anything to please her. These men all have the wrong life purpose, they put the woman first in their life.

Women are attracted to men who have purpose. A woman knows the free-spirited man can live without her and she can’t control him, and this is part of the reason why she loves him so much.

Our reader, showered his girlfriend with gifts and affection and attention, and he’s got nothing but a broken relationship to show for it.

What Would Your Hero Do? 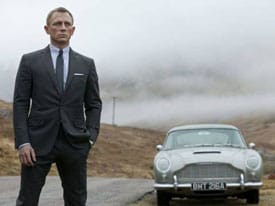 He’s the ultimate ladies man and for good reason. The Bond movies are pretty much the only movies where they get it right with women. Forget Hitch and all those other toxic movies. Bond is the man you want to model.

The one trait that Bond displays is complete indifference, mixed with an easygoing charm, mystery and humor

Can you imagine Bond continuously calling and texting a girl to try to get her back? Or Bond canceling an important assignment because he had to stay home to clean the house for his girlfriend?

Make It Your Way Or The Highway 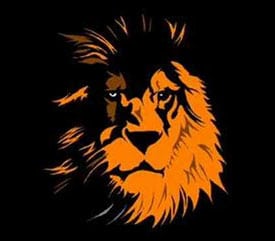 The strange thing is that once you show your hand and people realize that you’re willing to walk away, they’ll usually bend to meet your needs.

(A lot of guys are massively over-invested in a woman. They give the woman everything and put all their faith in her. When you do this a woman can sense it and it and it’s a huge turn-off because you’re communicating to her that you don’t have other options. In other words, they know you will never walk away from them.)

When a woman leaves a man because he’s weak, the man now has no choice but to show the woman that he’s no longer weak. But how?

By not chasing her and not giving into her demands, that’s how. If your girlfriend asks you what you’re doing, remain elusive. Tell her you’re busy. If she asks you what you are busy doing, simply tell her that you’ve got a lot of stuff on at the moment. If she presses you further, tell her you don’t have time to explain and you can talk more in person.

Bottom line is that you don’t want to be spending lots of time on the phone talking to your ex (or any girl for that matter). You need to use the phone and email to organize a date to meet-up in person. This means you don’t contact your ex and you let her come to you. Then, you set a date to meet her again in person.

When you actually meet up with your ex girlfriend, remain playful, humorous and indifferent to the outcome—all the while you want to be leading the interaction towards sex. However, don’t be the one to touch her first, let her be the one to always touch you. And if you’re not sure how to act around her, ask yourself this question: what would your hero do?

He’d show her a good time. He’d be fun and relaxed and he’d steer her directly towards the bedroom.