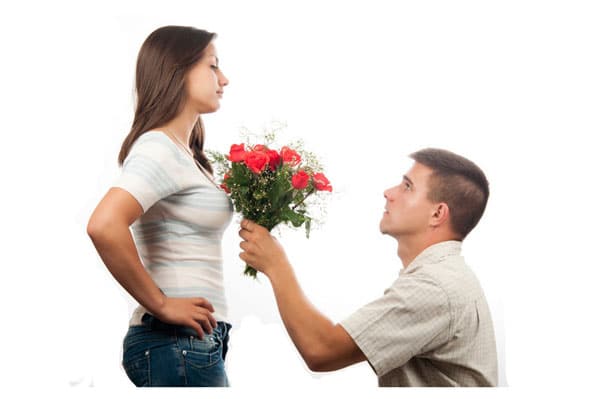 A man should never chase his girlfriend to get her back. This is one of the biggest mistakes that men make and it happens to about 90% of guys. Their girlfriend breaks up with them and they suddenly go into “chase mode.”

The more and more their ex girlfriend pulls away from them, the more these guys start to over-pursue and get more desperate.

Usually these guys blow up their ex girlfriend’s phone with messages, asking pointless questions, apologizing and essentially begging for their ex to take them back.

Why Do Men Chase Their Girlfriends? 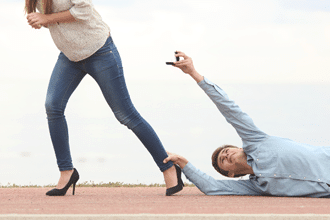 And if you can remember when you were a little boy and your mother left you by yourself for a couple of minutes, you’ll remember how dreadful that feeling was—that sense of loss and abandonment.

A man experiences the exact same feeling when his girlfriend pulls away from him. He feels a sense of loss, that she has left him and will never come back.

This is not only attack on our need for safety and security, it is an attack on the male ego and on our pride as we are now suddenly confronted with the possibility that our girlfriend no longer wants to be with us—that our dreams for a happy relationship filled with intimacy and joy and love are now disappearing right before our very eyes.

(I wrote another article about the reasons why women push men away and it’s worth taking a look at this article for more insight into this problem.)

Picture the following scenario: Jane had been been dating Peter for around a month. Everything is going great until Jane suddenly decides to pull away from Peter and cut contact with him for one whole day. A red alert suddenly goes off in Peter’s mind. She’s leaving me! This has happened to me before and now it’s happening again.

Peter needs instant reassurance that he’s not going to be abandoned. He begins to call and text Jane, flooding her phone with missed calls and messages. He’s convinced that he can change the way she feels about him. Poor Peter.

Jane had enjoyed Peter’s company a lot this month. He was fun to be around but she sensed that he might be a little weak, but she wasn’t 100% sure. So, being a woman, Jane decided to test her theory and see how Peter would react if she didn’t contact him for the entire day.

Too Jane’s horror, she discovered that Peter was like all the other guys she’d dated—weak and needy. Her attraction for Peter plummeted with each text message and phone call that he sent her. Peter was never able to have intimacy or go out on a date with Jane ever again.

Six months later, Jane started to date Paul. Paul was a nice guy and funny too, but she wasn’t sure if he was just another weak guy like Peter and all her previous ex boyfriends. Jane decided that she would go a day without contacting Paul and see what he would do.

Jane went to work, then went to her yoga class, followed by dinner with a close friend. At 9pm she checked her phone. She saw the familiar weekly message from Peter (pathetic and begging as usual), but nothing from Paul. Why didn’t Paul contact me? Jane spent the rest of the night thinking about Paul. He’s obviously not affected whether I contact him or not. He must be pretty confident. I’d better contact him quickly before he moves on and forgets about me.

So what did Paul do right and Peter do wrong?

It’s simple. Paul displayed a higher level of confidence and security; whereas Peter displayed neediness and weakness to Jane. Who do you think is more attractive and worthy of a woman’s love (given that a woman will choose her boyfriend based on strength and masculinity)? 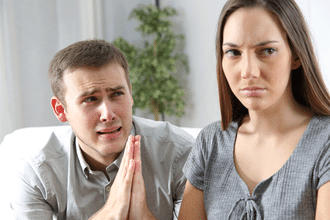 When you’re not talking to your girlfriend you’re communicating the following: I’m busy, I’m out living my life, I’m doing my own thing, I’m not thinking about you, I’m focused on my work and my hobbies and my passions, I can survive without you, my world doesn’t revolve around you.

The sub-text of your communication here is = strength.

This is why you should never chase your girlfriend to try to get her back. When you chase your girlfriend by calling her and texting her then you’re communicating the following: I need you, I miss you, I’m thinking about you all the time, I’m not sure I can live without you, you’re more special and important than I am.

The sub-text of your communication here is = weakness.

A Man Should Never Chase His Girlfriend 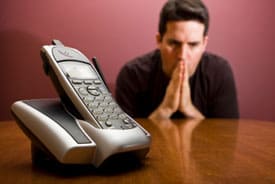 Except in the very beginning when a man is trying to generate interest in a woman and get her to go out with him.

Can you imagine a lion in the wild following a lioness around, trying to get her to like him and essentially begging the lioness to get back together with him and mate with him?

That’s never going to happen. In the wild, a male lion, or any male of the animal species for that matter, is never going to chase the same woman around, begging to be with her.

So why should a man act any different?

(Most males in the animal kingdom usually only mate with the same female a couple of times before moving on to the next one.)

Freedom and Independence Is A Masculine Trait

Women love a man who is at his core essentially a masculine male and exhibits strong masculine energy. If you start chasing a woman then you’re exhibiting feminine behavior and this is a huge turn-off. Just to remind you, here are the main energy traits for a man and woman.

A man will usually have a drop of feminine energy to soften his edges and make him wiser, but his core should essentially be masculine.

Your Girlfriend Wants A Man She Can’t Control 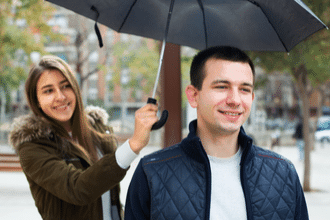 I’ll give you a great example of this in action. I once had a girlfriend who wanted to go and study for her masters degree in Italy. I told her that I thought it was a great idea and she should go for it.

This girl had wanted to study in Italy for many years and she asked me if I was willing to relocate to Italy to be with her?

I gave her a flat and direct response, “No.”

This same girlfriend then tried to convince me that I should come and live with her in Italy, “two years is a long time to be apart” and “this has been my dream for a long time and I’m not changing my plan” were some of her arguments.

I simply responded, “Men don’t follow women, it’s unnatural.” Then the strangest thing happened… my girlfriend stopped trying to persuade me and for the next couple of hours she proceeded to shower me with kisses and affection.

I know it’s counter-intuitive and doesn’t make sense, but staying true to your masculine core and your own path will win you more love and affection than buying a woman all the roses and gifts in the world.

If a woman knows that you’ll follow her and do anything to be with her, then she knows she has you wrapped around her finger… this will only result in her losing attraction for you.

Remember, you don’t have to please a woman to win her heart. Simply give her space and let her chase you instead. That way she’ll think: “I’m the one doing all the chasing, therefore, I must be attracted to him.” This is much easier and more effective than trying to persuade her to stay with you.

The Power of Elusiveness 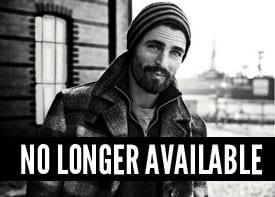 Why do businesses sell products using the slogan “limited availability?”

They do this because limiting the availability of a product (whether true or not) gives a product more perceived value and makes a customer want it more.

The same can be said when it comes to dating and trying to get your ex back. If a man makes himself unavailable and difficult to get, then his value and perceived worth only increases in a woman’s eyes. This is the power of scarcity at work (Pennebaker et al., 1979).

A Woman Needs To Chase You 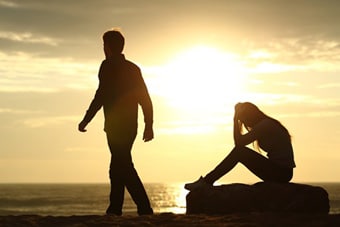 If you asked most women on the street whether or not they should chase a man, 99% of women would say, “No, Way!”

Women are conditioned by society and movies to believe that men are the ones that should do the chasing. But it’s not the reality of how a relationship should actually work.

This is a classic case of women believing something when they respond emotionally and physically to something else entirely different.

Women are uncertain creatures and they are constantly unsure of their feelings. That’s why it’s so important for them to know where they stand in the relationship. And that is why your girlfriend will pull away from you and try to make you chase her—so she can gauge your interest level.

If a woman is uncertain about where she stands and if she believes that you have other options and are not entirely focused on her, then she is going to find you that much more attractive.

It can all seem very counter-intuitive, but a good way to think about it is like this: relationships are not about you, they’re about your unborn children!

So what’s a man to do when his girlfriend suddenly pulls away from him? Simple: don’t text her or call her.

In my experience, dealing with women in my own private life and helping guys to get their girlfriends back, intermittent reinforcement has to be one of the best ways to maintain a person’s interest in you, and it’s much more effective than chasing someone all the time, trying to win her over (which, as we know, is mission impossible).

The fact that we can be contacted at any time by phone or through the Internet makes us all vulnerable to the power of intermittent reinforcement in our relationships.

It’s important to understand, psychologically, what is going on here and why your girlfriend is able to have such a powerful amount of control over you. The next time your girlfriend pulls away from you and you feel like chasing her, don’t! Instead, mirror her actions and turn the tables on her.