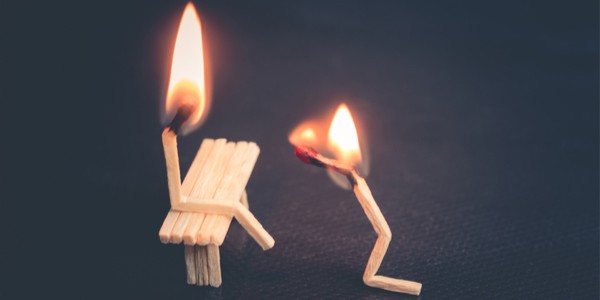 If you want to attract girls in a way that most men can’t, you first need to understand some disturbing truths about attraction.

The idea that attraction flourishes in a swamp of anxiety, selfishness, and uncertainty doesn’t sit well with men who prefer to believe that love and attraction exist in perfect harmony.

Love and attraction can exist in harmony, but to have love you must first have attraction. It’s a classic case of the chicken or the egg, which comes first?

If your goal is to attract girls, it’s crucial to separate the sweet, tender nature of love from the harsh reality of attraction.

Love does exist, and it does grow out of attraction, but if you think you must be sweet, caring, and kind to win a woman’s heart, you’re sure to be disappointed.

One area we’re yet to touch on, however, is how to make yourself irresistible to women—to find the elusive X-factor in attraction.

We know the X-factor exists, but for most men, any attempt to harness the power of attraction and channel its energy remains elusive.

Right now, you hold in your hands all the concepts and theories to attract women. Bringing these theories into reality, however, requires its own kind of nuclear fission.

For this to happen, you must be able to turn theory into reality by smashing abstract concepts together like atoms.

Only then, when you look into the blast crater can you catch a glimpse of the elusive X factor—attitude. Attitude is everything.

Men who are smart, handsome, educated, and who understand key concepts of attraction often come to me with the complaint that women still don’t find them attractive.

Women often tell these men how “nice” they are, effectively telling these men that they have no attraction for them whatsoever.

Men who are considered anti-seductive, lack that all-important element of attraction—attitude.

They smile too much; they’re too nice; they’re unsure of themselves; they communicate with weak words like “perhaps,” “maybe,” and “possibly,” words that mirror the uncertainty of their mind.

When women snap at them, act bitchy, and try to push them around, these men tolerate the abuse without putting up the slightest amount of resistance.

Bringing an edge to your character doesn’t mean being an asshole, it means eradicating your desire to please and be nice.

If a woman calls you a “nice guy,” take it as an insult not a compliment. If a woman has the audacity to call you “nice” you mustn’t respond with “thanks,” instead, you must respond by telling her to “shut the f#@k up.”

“What?” She says, shocked by your crude response.

She laughs. Maybe not, but you’re certainly a lot more attractive. Yes, attracting girls really is that counter-intuitive.

As we dig deeper into the depths of attraction, it becomes clear that women adore men who score high on dark triad traits.

These dark triad traits include narcissism, Machiavellianism, and psychopathy.

Men who score high on dark triad traits are usually more confident and selfish than their less self-assured peers.

They’re also more likely to be self-interested and attempt to manipulate and exploit other people without any sense of guilt or remorse.

Among such men, there’s a dark, apathetic quality that often underpins their relationships with women; a quality that challenges women and keeps them around despite the man’s “asshole” behavior.

Research has found evidence to suggest that men who possess dark triad traits are more likely to date more women, have more intimacy, and be seen as more attractive.

A study published in the Journal of Evolutionary Psychology suggests that self-absorbed, narcissistic men are more desirable for both one-night stands and short-term relationships.

If research into attracting women is anything to go by, women are more attracted to men who wear flashy, stylish clothes, have humorous verbal expressions, and display open, confident body language—all qualities that narcissists possess in abundance.

It’s for this reason that narcissists strike such a powerful first impression: they are natural born charmers who stand out from the crowd.

Another trait that makes dark triad men so appealing is their self-absorbed nature. The dark triad man puts himself and his needs first.

Taken to an extreme, men who score high on dark triad traits are often highly destructive, not just to themselves but to the people around them.

And even though it’s estimated that approximately one percent of the world’s population is psychopathic, the majority of psychopaths are fully functional, productive members of society.

Instead of becoming serial killers and mass murderers, as depicted by Hollywood, most “functional psychopaths” live highly productive lives, only resorting to manipulation and deception to get what they want.

The benefits of selfishness and narcissism mustn’t be underestimated. The man who’s selfish and self-centered is much more likely to be successful in life.

He’s more likely to get promoted, get what he wants, and acquire more skills and knowledge along the way.

Dark triad men are not only more resourceful and assertive—two important components of attraction—they’re also more likely to be charming and humorous.

Another aspect that makes dark triad men so alluring is their propensity to take risks and go after what they want without fear of reprisal.

This was corroborated by a study published in the Personality and Social Psychology Bulletin.

The study found that men who displayed nonconformist traits such as risk-taking and assertiveness were seen as more attractive.

After all, in a world where most people are conformist, the man who’s unafraid to stand out is a unique and valuable commodity able to attract girls with ease.

Women want men who have a sense of purpose and ambition. The last thing a woman wants is a man who’s focused exclusively on her and her erratic emotions.

A woman must feel safe pouring her emotions into you without having to worry that you’ll fold under pressure.

In the same way, you wouldn’t want to keep your money in a bank that isn’t safe and secure, women don’t want to invest their emotions into men who are weak and vulnerable.

This doesn’t mean you should go out of your way to be mean or obnoxious.

Don’t Be Aggressive, Be Assertive

Research shows that women aren’t attracted to aggressive men who commit reckless acts of violence, they’re attracted to assertive men who have the courage to go after what they want in life.

A man’s innate aggression is only valued when it comes to protecting his loved ones from outside aggressors.

Are evil, aggressive men attractive? The answer is no.

Research has confirmed that men who were “known to be evil” or “mean,” regardless of appearance, were classified as highly “unattractive” by both men and women.

As you read this, you might start to feel unsettled, wondering if you really have to be an “asshole” or selfish to attract women.

In the world of seduction, being selfish and self-centered is not as bad as it sounds. It simply means focusing on you as opposed to focusing on her.

What’s more, displaying dark triad traits communicates to women that you have the ability to stand up for yourself and focus on what’s important in life: you, your goals, and your mission.

It doesn’t matter whether you want to become a doctor, artist, businessman, entrepreneur, athlete, soldier, or entertainer.

If you can harness the dark triad traits that already exist within you, you’ll not only achieve greater focus and clarity, you’re much more likely to be successful as well.

The man who fails with women is the man who seeks out relationships to give his life meaning.

Without clear goals and a sense of purpose, you’ll be left feeling unsatisfied, and no amount of love or tenderness from a woman will make you feel better.

That’s not to say that having a loving relationship with a woman is impossible, far from it.

And once you appreciate and understand the true nature of attraction, you can have all the love and intimacy your heart desires.

Once you have the balls to implement these concepts you’ll be able to attract girls in no time. Remember, the key to attraction is attitude.