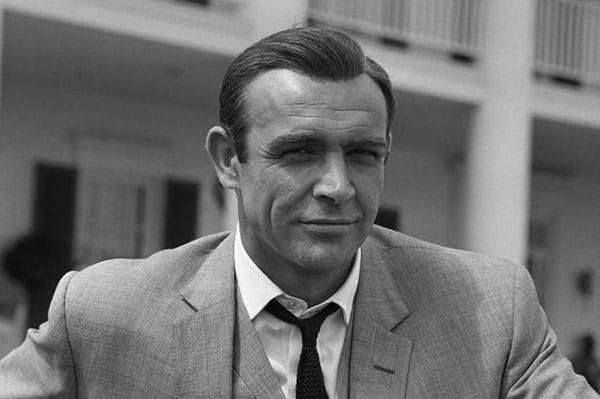 If you want to know how to catch a woman’s interest using attractive body language, this article will show you what kind of body language women find most attractive.

Women by nature are more skilled at interpreting body language than men. A study conducted by Harvard University examined the difference between men and women when it came to reading a person’s body language and understanding what is attractive body language.

These results appear to give women a significant advantage in the mating game as women are much more likely to be able to read a person’s body language. 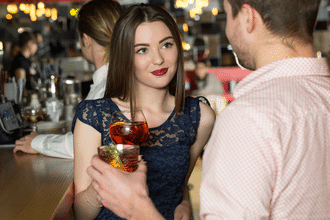 Further research into attractive body language conducted by the University of Texas, Austin, noted that men are more likely to underestimate a woman’s level of interest—although men looking for one night stands often overestimate a woman’s sexual interest. Conversely, the study found that most women underestimate a man’s level of romantic interest. The findings of the study indicate that men are routinely selling themselves short.

Not only do men frequently underestimate a woman’s level of interest, but when they do show interest, women are unlikely to notice.

The solution to this problem it seems is for men to be more direct in the way they communicate. Once you understand how to communicate desire, you will find that women become a lot more attracted to you in response. 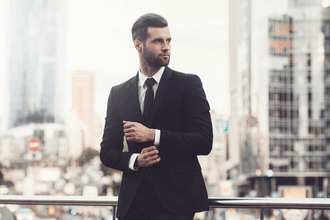 Another illuminating piece of research found that more dominant and open power poses make men look more attractive. When a man’s body language is closed (for example, crossed arms or hunched shoulders), he is perceived as less attractive. The researchers in the study found that women were more likely to want to date someone with open and “expansive” body language. This means you must avoid making your body look small as though you’re trying to hide from the world.

There should be no hunched shoulders or crossed legs and arms, which displays a certain level of defensiveness and insecurity. You should also refrain from avoiding eye contact and looking at the ground in a gesture of submission.

Further research into attraction and body language conducted at Loyola Marymount University even went so far as to examine the effect that direct eye contact has on attraction.

The researchers came to the conclusion that men who looked a woman directly in the eye, especially while communicating, were perceived to be more intelligent, confident, and attractive than men who failed to maintain eye contact or only used limited eye contact.

At this point, it’s worth noting that men who pretend to be someone they’re not are easily red-flagged as pretenders. A study carried out by Queen’s University found that sexual attraction is linked to the way men move their bodies.

Men who move in a natural, healthy, fluid way are more attractive compared to men who move unnaturally. As a general rule, it’s always better to move naturally as opposed to moving in a way that you think will make you look more attractive. 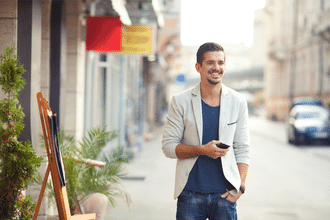 Attempting to quantify the impact that attractive body language has on women is no easy task. Nonverbal cues, however, are so powerful even the most casual observer can get a sense of a man’s personality simply by watching the way he moves. A study carried out at Durham University showed a series of video clips of 26 students walking around campus. Some of the students had loose, relaxed gaits, while other students had tighter gaits.

After watching the students take only a couple of strides, the participants who viewed the footage rated the students with relaxed gaits as more confident, extrovert, adventurous, and attractive compared to those students who walked with tighter more “clipped” gaits that created the perception that the person was more neurotic, introverted, and unattractive. 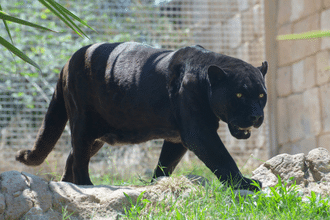 One story that nicely demonstrates the power of body language is the famous casting of Sean Connery in the role of James Bond.  When Connery walked in to audition for Dr. No (the first movie in the Bond franchise), the film’s producers Albert R. Broccoli and Harry Salzman, as well as the original author, Ian Flemming, had a more sophisticated character in mind for the role of Bond than the larger-framed Connery.

Other big-name stars like Cary Grant, Michael Redgrave, and Richard Burton were being considered for the role, leaving Connery, a then relatively unknown actor, with little chance of getting the part.

Yat Malmgren, Sean Connery’s acting coach at the time, explained how Connery had come to him only a couple of days before the audition.

Connery told Malmgren that he would approach the audition by establishing himself as an “overpowering presence.” During their discussion, Malmgren told Connery he should replicate the movements of a cat because “cats are loose and relaxed and languid.”

On the day of the audition, Connery walked into the room, in Malmgren’s words, “very self-assured, very large, and very secure.”

The producers instantly recognized star quality when they saw it. They knew without a doubt, after only a couple of seconds, that Connery had the masculinity and presence to play Bond.

After the audition was over, the producers went to the window of their London office and watched as Connery sauntered like a panther down the sidewalk below.

Brocolli would later recall, “It was the sheer self-confidence he exuded. I’ve never seen a surer guy… It wasn’t just an act, either. When he left, we watched him through the window as he walked down the street.

He walked like the most arrogant son-of-a-gun you’ve ever seen—as if he owned every bit of Jermyn Street from Regent Street to St James’s. ‘That’s our Bond,’ I said.” 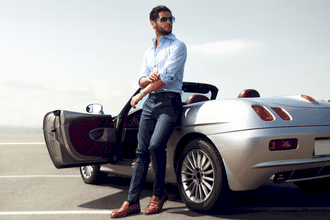 The moment you demonstrate control over your environment and your body is the moment you command respect. One notable study showed that drivers, when parked behind a high-status car (such as a Porsche or Mercedes) at a set of traffic lights, were much less likely to honk their horn at the vehicle in front of them if the vehicle was high-status.

The explanation for this phenomenon is due to the level of respect high-status vehicles confer on their owners. People are more respectful and cautious around high-status people.

In this particular experiment, the researchers drew the conclusion that if a person was driving an expensive car that person was more likely to be high-status.

Furthermore, high-status people usually wield greater influence and power, and as a result, they’re more likely to be able to retaliate and confront aggressors with a greater degree of force than the average citizen.

Similarly, understanding how to project status and value through attractive body language is an important skill to acquire. Open body language that demonstrates confidence and control over your environment is sure to leave a lasting impression on women.