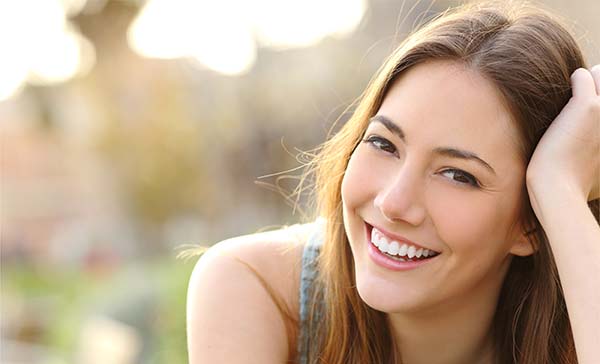 If you want to know how to tell if a girl likes you, this article reveals the 5 obvious signs she’s interested in you. The key to decoding her level of interest and tell if she likes you, begins with decoding her body language.

5 Signs a Girl Likes You

Women have always used body language to communicate desire, men just have a difficult time reading the signals. This is why it’s so difficult to tell if a girl likes you.

If only I could read a woman’s mind and know if she likes me, the frustrated man thinks as once more he’s left confused by the actions of a woman he’s trying to seduce.

Women communicate through body language and if you learn to read the signs you’ll know how to tell if a girl likes you, and you’ll know when she’s not interested in you.

You’ll also know when she’s attracted to you and when it’s time to make your move.

Consider an interesting piece of research that found that women initiate up to 90 percent of all seductions.

Women do this in such a discreet way, however, that most men are of the belief that they are the ones making the first move.

Samantha was in a quiet hotel bar, drinking alone, when Bill came up and introduced himself. Bill, ever the gentleman, asked Samantha if he could sit down and buy her a drink. Throughout their entire conversation, Bill became increasingly flirtatious, often laying his hand on Samantha’s shoulder whenever he made a point or told a joke. Bill was a natural conversationalist. He loved to tell stories and found it easy to make people laugh.

Sure enough, Samantha soon found herself laughing at just about everything Bill said. Bill had a feeling Samantha liked him, especially as she kept on telling him how funny he was.

What Bill failed to notice, however, was the myriad of nonverbal cues Samantha kept sending his way. Despite the fact that Samantha was looking directly at Bill and smiling, her body told an entirely different story.

The moment Bill sat down, Samantha grabbed her purse and crossed her arms. At no point during their conversation did she turn her body to face him. She even kept her legs crossed, pointing her feet away from him.

As Bill continued to engage her in conversation, Samantha barely touched her drink and kept her wrists face down on the table. And even though Samantha continued to chitchat to Bill in a light-hearted way, not once did she touch her hair or touch her body to signal romantic interest.

Bill, however, had no idea what Samantha was thinking because he was entirely focused on the sweet and encouraging words flowing from her mouth. Bill had no idea how to tell if a girl liked him or not.

Only when Bill finally asked Samantha for her phone number did he discover her true level of interest.

Fifteen minutes later, Bill skulked away from the bar, frustrated and humiliated. What a tease, he thought. I bet she loves to lead men on.

If only Bill knew how to read body language, he would have saved himself a lot of trouble and preserved his ego in the process.

In every seductive encounter, there’s a natural process you must follow to build attraction before you can become intimate with a woman.

Research into body language found that women use certain nonverbal cues to signal their interest and availability to men. It’s your job as a man to pick up on these cues so you can tell if a girl likes you or not.

These body language cues can be broken down into five distinct steps:

Step #2 (smiling): Also referred to as the “invitation.” The moment a woman smiles at you she’s letting you know that she likes what she sees and she’s inviting you to come and talk to her.

Step #3 (communication): She finds an excuse to talk to you. A lot of researchers put step four, preening, before communication but in the vast majority of cases, the man talks to the woman right after she’s made eye contact with him or smiled at him.

When you approach a woman before she’s either seen you or smiled at you, you’re playing a numbers game. In which case, you should immediately proceed to step four.

Step #4 (preening): This is the stage where a woman lets you know whether she’s attracted to you or not. The woman preens herself to advertise her interest and encourage you to escalate the seduction.

If you can read these cues you will know if a girl likes you before she even opens her mouth.

A Girl Likes You If…

Step #5 (touch): The woman touches you to signal interest and to let you know that she’s happy for you to take the interaction further.

In the same way that women use body language to signal interest, women also use body language to let men know when they’re not interested in being seduced. It’s important to understand what these nonverbal cues are so you can avoid wasting your time trying to seduce women who aren’t interested in you. This way you’ll know if a girl likes you or she’s just playing nice.

When you pay close attention to a woman’s body language, you’ll quickly know how to tell if she likes you. You no longer have to try to figure out what she’s thinking or feeling.

The important thing to remember here is that female communication is covert as opposed to overt.

A woman will rarely tell you if she likes you and wants to date you. This doesn’t mean a woman won’t signal her interest or availability.

When a woman’s attracted to you, she’ll let you know by displaying, what are to her, obvious signs of interest.

Read Her Body to Tell If She Likes You 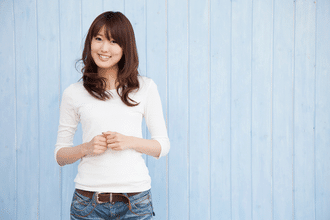 Besides a woman’s body language, there are even more subtle signs that she likes you that must be aware of.

For instance, has the woman suddenly started wearing lipstick or perfume? Does she come and sit close to you? And does she frequent the same places you frequent?

You only need be aware of such “coincidences” to realize that most women go out of their way to make themselves available to men they find attractive.

If you want to know how to tell if a girl likes you: read her body then you can read her mind.