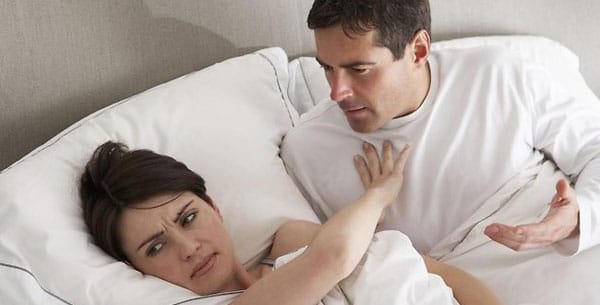 The reader’s email (which has been shortened with all personal information witheld) is below:

Hi Chris, In July I began dating Samantha. We’re in our 40’s, never married, and we hit if off. I took her on a Valentine’s Day holiday. There was NO sex. She is prone to temper tantrums, and she had a few on the holiday. I became totally frustrated and called for a 30 day break after the holiday.

I regretted it and called her the next day to make up, she replied, “I am giving you up for 30 days too”. Wow, okay, I let her have the space. After the 30 days passed, I called her. We spoke, and it was ok. A few days later she mailed me the ring I had given her when I asked her to be my girlfriend back in January. I was REALLY hurt. She said, “We’re not over, I might get the ring back from you”.

I was SO hurt, I couldn’t offer an olive branch, reconcile. We talked on/off through August. One night I called her with the intent to set a date to reconcile, have fun etc, and she yelled at me for interrupting her. I told her, “We’re done, over, take care”. She was hurt, things ended.

I tried texting her nicely. I even sent mean texts. She responds to the mean texts only, defending herself. She won’t respond to nice texts, where I tell her how nice she is, how I want to support her, live near her mom, etc. I want her back. I miss her. I love her. I broke up with her, twice, and don’t know how to get her to respond to me. I left her a few voicemails, no call back from her. I text her, no response. She is single, still….what can I do to get her to….respond to me, reply to a text, consider going on a date, so we can have fun and perhaps move forward?

A Woman On Her Way Out Only Gets Bitchier 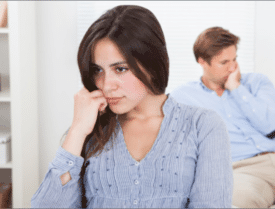 It sounds like this Samantha is a difficult woman to deal with. The temper tantrums don’t bode well for a stable relationship and it’s important to know that she probably has some form of mild mood disorder (most likely anxiety related). This is what it sounds like from the description. This makes the task of getting her back even more difficult.

This guy sounds like a very reasonable person with a good head on his shoulders. I’m not going to tell him to stay away from Samantha because I know love doesn’t work like that. The heart wants what the heart wants.

I’ve dealt with women like Samantha before in my own practice and personal relationships and it can be very frustrating.

First of all, it seems that this guy’s girlfriend is testing him a LOT.

A woman will test a man when she doesn’t trust his ability to be dominant and strong. The reason why she is becoming so difficult and bitchy around him is because she knows that won’t back up what he says. And she knows that Michael cares so much about her that he’s willing to forgive her for any transgressions that she makes.

Always Be Strong Around Your Girlfriend 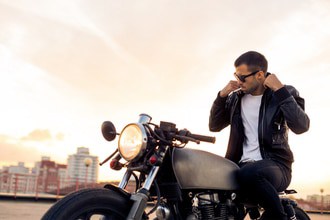 As a man, when you say something, you always have to stick to it. When Michael tells Samantha, he’s not going to contact her again until she fixes this problem, he has to stand by his words. If your girlfriend won’t have sex with you, you must do the same.

Samantha is holding out for marriage and kids with Michael, but does she really love him? It sure doesn’t sound like it. But can she love him if he starts acting the right way? You bet she can.

Let’s take a look at some examples of what went wrong:

“I became totally frustrated and called for a 30 day break after the holiday. I regretted it and called her the next day…”

Never ever call a woman or initiate contact after making a threat like this. A man has to let a woman come back to him when she’s ready. The fact that Michael contacted Samantha the next day tells her that he’s way more into her and she can treat him however she wants to treat him. This signals to a woman that you’re weak and insecure.

“I reached out via text a few days later… I tried texting her nicely. I even sent mean texts…”

It sounds to me like this guy is doing all the chasing and pursuing in the relationship, no wonder his girlfriend doesn’t want to have sex with him. This should only happen in the beginning of any relationship. The general rule is that a woman should be contacting the man most of the time and the man should only reach out to her occasionally.

Not what they teach you in the movies and books, right? But that’s the harsh reality of life and that’s why the bad guys are the ones that end up with the girls. Because they make the girl do all the chasing, not because they’re actually “bad” guys. 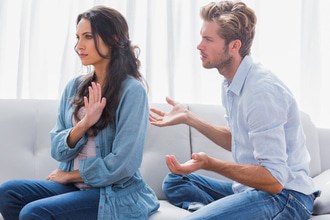 The reason why Samantha is refusing to have sex with Michael and to contact him anymore is because she doesn’t see him as a truly strong and confident man.

This means she can’t trust him completely and her attraction isn’t at an optimal level. Michael sounds like a nice guy, and I understand where he’s coming from, but women see guys in a completely different way. They see us as protectors and fountains of strength. He has to be her rock, which means acting more like an alpha male.

When your girlfriend rejects you for sex, you’ve got to be willing to smile nonchalantly and be willing to walk away. When you do this to a woman, it will blow their mind, and she will come chasing after you, ripping her clothes off in the process.

Samantha tells Michael what she wants, which is more support and a baby and blah blah blah… ignore all this.

Here’s the truth. Samantha doesn’t know what she wants. But I do. Because she’s a woman. Samantha wants a man who is strong and will stand up to her. A man who is willing to walk away and mean it. Women are like cats, the more you chase them the more they run away from you.

Chase Your Girlfriend And You’ll Chase Her Away 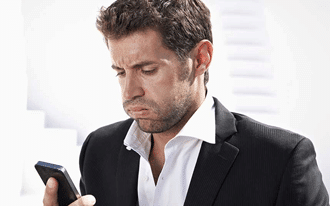 Now Samantha won’t return Michael’s calls because he’s been chasing her so much and been so needy that it’s completely turned her off. So what’s the best thing to do to get her back?

He has to give her space. That means no contact and no messages at all. Remember, attraction grows in space. He should only respond if she messages him first. If Samantha messages Michael back (nine times out of ten she will), then it’s important that he doesn’t spend all his time talking and yacking on the phone and messenger. He must tell her that he wants to meet her.

Michael needs to put some distance between himself and his girlfriend and let things cool off for at least three to four weeks before he reaches out again. I know it’s tough, but it has to be done.

And when he does finally get around to seeing Samantha again, he should remember to keep the dates fun and playful. The biggest mistake he can make is to argue with a woman. It never works and you can never win. Instead, just deflect her temper and argumentative behavior with humor and a willingness to walk away.

Note: there is nothing a man can say by text or phone that will change a woman’s mind and make her want to see you. Michael has moved past this point already. He needs to give the impression that he’s moving on, that he’s having fun and enjoying his life without her. This will pique his girlfriend’s interest and make her attraction for Michael grow even more. If your girlfriend won’t have sex with you, follow this advice and it won’t be long before she finds you desirable again.