I know that when it comes to attracting women and getting your ex back, there’s a lot of talk about giving a woman space.

Things like, don’t let her see you too much so her attraction for you can grow, and don’t call her too much or tell her that you miss her—these are all important things to do. However, there’s something important that you guys need to know.

That is, when you spend time with your woman you want things to be fun and lighthearted. After all, love is supposed to be fun and playful.

I got an email from a reader here who has been struggling after his girlfriend told him that he wasn’t “fun” to be around and that he was “boring.”

I wanted to write to you because I’m currently going through a crisis with my girlfriend and don’t know what to do about it. We haven’t broken up yet, but I can tell she’s pulling away from me and doesn’t really have any interest in me anymore.

So here’s the situation. I’m 42 and my girlfriend’s 36. We both have good jobs and live together. I’m an engineer and my girlfriend works for a well-known charity. We used to spend as much time as we could together, but I’ve noticed that recently my girlfriend doesn’t really want to hang out with me anymore and she prefers to go out with her girlfriends and spend time with her family.

I’m not jealous or anything, but when I asked her why she didn’t want to be around me as much she said that I was “boring” and that I “wasn’t any fun to be around.” (Women want to be around men who are lighthearted and playful. Being too serious is not only boring, it kills attraction too.) 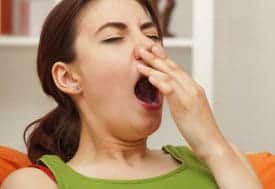 When I asked her what she meant by this, she said that I was always talking about my job and didn’t have a sense of humor.

(It sounds like your girlfriend has given you a good heads up here. It sucks and it hurts to be told that you’re boring, but it’s obviously something that’s been bugging her. It’s time for some inward reflection to see if you really are a person that is boring to be around.)

I admit, conversation has never been my strong point, but I really think I do have a sense of humor and laugh at jokes when I hear them. Can you give me any advice on what I can do here?

(A lot of men don’t understand this but when you’re hanging out with a women, you’ve got to keep things fun and lighthearted. There’s no need to be serious or a hard-ass. Talking about your job or how you’re a super businessman never impresses a woman; neither does talking about how you’re going to be rich and all the amazing things you’ve done—you want this kind of information to slip out slowly, not through bravado and braggadocio. Improving your conversation skills and playful manner isn’t difficult, just lighten up, and don’t take things too seriously.)

Attract Her And Win Her Back With Charm and Humor

In my experience, all the men I know who are great with women all have two things in common: they are humorous and they don’t take life too seriously.

They have great banter and they keep things lighthearted and playful. This is what dating and relationships and love is all about—having fun and enjoying your time together.

This is also one of the most effective way to attract women and to win your ex girlfriend back. 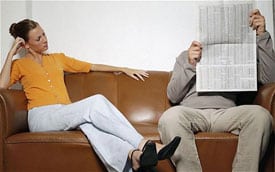 We all know someone like this: he’s into his hobby or his job or has grand business plans or dreams about his future and that’s all he ever talks about.

This guy can’t get outside his head even for a second to understand that talking about “computers” or “sports” or “work” isn’t interesting to other people, especially to the woman he’s dating.

Unfortunately, most men are too serious and if you can keep things humorous and fun and lighthearted, then you will stand out from 99% of all other men out there.

In my early 20s I used to be way too serious myself. I used to have grand dreams and ambitions. I used to try to have intellectual conversations and act all grown up. I used to complain and bitch and moan about everything—no wonder women didn’t find me attractive back then.

That all changed when I stopped taking myself and life so seriously. It didn’t mean that I lost my dreams and ambition, far from it. In fact, as I moved into my 30s I became even more ambitious—I just didn’t feel the need to talk about it anymore.

This had a profound effect on my dating life. Suddenly, women were calling me up and wanting to hang out. Why? Because I guaranteed them a good time.

You’re Never Too Old To Have Fun

A woman already has lots of negative thoughts and worries going on inside her head. The last thing she needs is a guy who’s too serious and worried about life himself. She wants to be with someone fun and playful.

Don’t think that just because you’re an adult and a grown-up you have to be serious all the time. Find the fun and joy in life. It’s okay to enjoy animation movies and cartoons in your forties and fifties. It’s okay to like stupid comedies. In fact, it’s great to crack jokes and smile and be dumb and affectionate.

As a rule of thumb, I would say that you want to be fun and playful 80% of the time. The other 20% of the time you can talk about more serious things and essentially listen to a woman tell you her thoughts and feelings.

A man that feels the need to show off, who puts other people down and criticizes others is not only boring and no fun to be around, he also reveals his own weakness and insecurity. This is a huge attraction killer. The same applies to men who bitch and moan about their situation in life—don’t do it!

It’s also important not to try to be a fixer. By this I mean a man shouldn’t try to fix a woman’s problems unless she directly asks you to.

Listen to your woman and empathize with her. Also, it’s really important to never argue with a woman. If she gets argumentative or feisty, simply respond with humor and playfulness.

How To Be Fun And Humorous 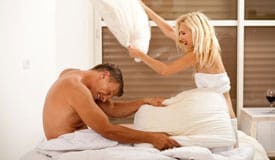 I didn’t learn about the power of humor and playfulness until fairly late in life (around my mid-20s). The reason for this was that my own father was completely devoid of humor and fun.

It’s often true that a child will model their own parents, and boys especially will learn important lessons from their father about how to behave and act around women.

In his later years, my father grew into a wonderful man, who was both kind and caring. But in my childhood I only remember him as serious and cynical and extremely strict. His attitude and behavior completely sucked the fun out of life and I remember dreading the moment he would come home from work.

He was the ultimate kill joy (a lot of technical/mathematical people like engineers, computer programmers and accountants struggle with this same problem—they have trouble empathizing and relating to women and people in general).

Men who have strict fathers often also falsely believe that this is how a man should act and behave in the world. Nothing could be further from the truth.

I learned the value and power of fun from a really close friend of mine. This guy was a couple of years older than me, but he acted like a kid of ten years old. He could find the fun in absolutely anything and he lived life with joy and passion.

Not only that, my friend had an over abundance of women around him all the time. Because we shared an apartment together, I got to know him really well and I noticed this… my friend was successful with women because he put fun and joy and humor at the front of all his interactions.

He didn’t ask women boring questions, because, quite frankly, he wasn’t interested in the answer. Instead, he tried to find the humor and fun in life.

I saw firsthand what an incredibly powerful aphrodisiac this was to women. And as a result, women were drawn to my friend like a magnet. As soon as I started bringing the same humor and fun into my own life, I got exactly the same positive results with women.

Examples of Lighthearted Humor and Playfulness

Stick your tongue out at your girlfriend for no reason… women always find this funny.

Grab her hand and twirl her around for no reason… women find this fun and it’s like dancing.

Refuse to talk to her and communicate only in sign language. Your girlfriend will be confused but she’ll love this, especially if you inject a little romance into the interaction too.

(If your girlfriend doesn’t like being humorous and playful, I would strongly suggest that you find a different girl to be with. You want to be with someone who knows how to have fun and be passionate.)

Humor and playfulness is an excellent way to get your ex girlfriend back. It shows that you’re no longer a serious, boring person to be around. Instead, it will actually turn you into a magnet as people become drawn to your positive energy.

If you’re able to give a woman a fun time, then she’ll keep coming back to you time and time again. A woman won’t leave you if she’s attracted to you.