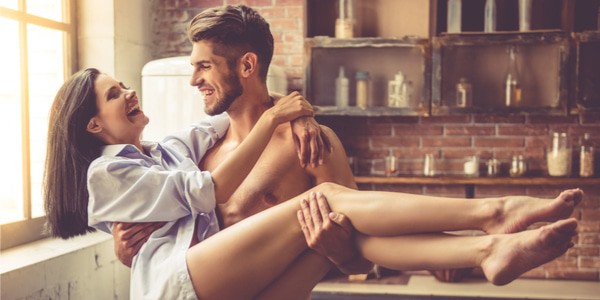 Whether you’re in the early stages of a relationship or a ten-year marriage, it’s crucial to keep your relationships light and fun if you want to maintain attraction. Most men enter relationships with the end goal already in sight—final destination: marriage and kids.

Using all their powers of deductive reasoning, men often assume that in order to get from point (a) where they currently are to point (b) marriage and kids, they must focus on the relationship and do everything they can to make a woman fall in love with them.

The moment you become too serious and relationship focused, however, is the moment you kill attraction and risk turning your partner off.

Case Study: Why So Serious?

Helen was dating both Marty and Ryan at the same time. And so far, there’d been no intimacy, no sex, and only a couple of dates with both men. Helen hoped she would develop feelings for either Marty or Ryan at some point in time, making it easier to choose one man over the other. Up until now, however, Helen was still finding it hard to choose between the two men.

In terms of looks, Marty was definitely the physically more attractive man. He was in great shape, tall, and naturally handsome. Ryan, on the other hand, was average looking at best.

One day, when Helen was getting ready to see Marty, she thought back to their previous date and remembered how handsome Marty had looked sitting there in the dark, candlelit restaurant—handsome until he opened his mouth and started complaining about everything and everyone.

At first, Helen found it easy to empathize with Marty and she encouraged him to talk more openly about his problems. After all, she had faced similar problems at work, and she knew what it was like to be around colleagues who didn’t appreciate you.

For the next couple of hours, Marty and Helen swapped horror stories. Marty told Helen how his parents had failed to support him in college and how they had “forced him” to change his major from film and television—his one true passion—to business.

Again, Helen sympathized with Marty. She remembered how she had wanted to study fashion in college, but her parents had persuaded her to study accounting instead. As Marty gazed across the table, his eyes began to tear. Finally, here was a woman who understood him.

It was only when she got home that Helen began to realize how negative Marty was. She thought about Ryan. He was so different to Marty. He didn’t have a care in the world. He never spoke about the past and never worried about the future. It was as though all he wanted to do in life was have fun.

Sure, he wasn’t as handsome as Marty, but his positive, playful attitude more than made up for it. It was at that moment that Helen realized which man she wanted to be with.

Keep the Relationship Light and Playful 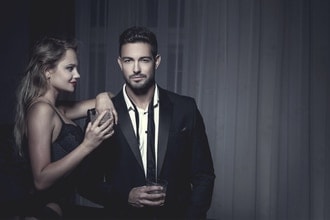 Mindfulness is the ability to focus on the present without worrying about the past or the future. A study published in the Journal of Personality and Individual Differences discovered that mindful men were rated more attractive compared to non-mindful men. In the study, male participants were asked to fill out a mindfulness questionnaire where they were asked to rate themselves on statements like: “I perceive my feelings and emotions without having to react to them.”

Men who were aware of their emotions, but didn’t allow their emotions to overwhelm them were labeled more mindful. It was also found that mindful men demonstrated a greater ability to stay focused on the present. Mindful personality traits are attractive to women because men who present a mindful disposition are also more likely to rate higher on mental strength and confidence.

A recent study published by researchers at California State University, Long Beach noted how playfulness, which means having a “sense of humor,” and the ability to have fun and maintain a playful attitude is one of the most attractive qualities a man can have. 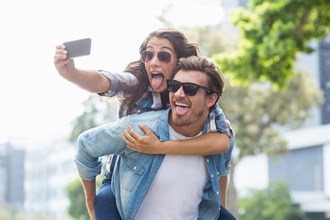 A further study carried out by researchers at Stanford University School of Medicine observed that women enjoy being in the presence of men who can make them laugh. The study found that a woman’s biological reward circuitry is wired to respond more positively to humor than men. Men, on the other hand, are more likely to respond to inspiring and positive messages. In the Stanford University experiment, the male and female participants were asked to view funny video clips (showing people falling over and animals performing tricks).

The same participants were then asked to watch positive videos (that consisted of videos of dancers and snowboarders). When viewing the funny videos, the women showed greater activity in the midbrain and amygdala regions compared to men when viewing the same funny videos. This explains why humor is so attractive to women from a biological perspective. 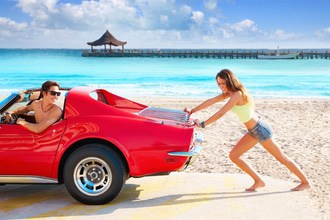 Research continues to show that women are attracted to men who are humorous and can make them laugh. Humor, for one, is seen as a significant marker of intelligence. One study published in Psychological Reports had three men sit at a bar near other female patrons. In the first experiment, two men listened as another man told a joke. The man who told the joke was then instructed to approach a woman sitting close by and ask for her number.

In the second experiment, again, two men listened as another man told a joke. Only this time, the researchers instructed one of the listeners, not the joke teller, to approach a nearby woman and ask the woman for her number. This situation was repeated approximately sixty times at different times and locations to ensure that the results of the experiment remained valid.

At the end of the experiment, the researchers found that the man who told the joke and displayed obvious signs of humor was three times more likely to get a woman’s number compared to the man who had just listened to the joke.

The researchers then asked the women to rate the men on their overall level of attractiveness. The results showed that the man who told the joke before approaching the woman was rated much more attractive and intelligent than the man who had simply listened to the joke.

The results of the study are fascinating because they show just how important it is for men to display humor and the important role that humor plays in attraction. Humor also sends the signal that a man has social dexterity and a mindful disposition. This is why it’s so important to remain light and playful in your relationships.