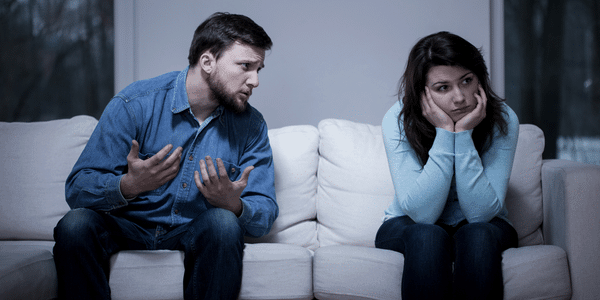 Should you apologize to your girlfriend? When women get upset, it’s tempting to apologize. If you attempt to apologize, however, you do nothing to project strength or raise your value.

Research into conflict resolution has found that apologies are often accompanied by a loss of face and a loss of respect and status. A study published in the European Journal of Social Psychology found that people who refuse to apologize often feel better about themselves and have a greater sense of control over situations.

This doesn’t mean you should never apologize to your girlfriend under any circumstance. If you’ve lied, cheated, or caused some other misdemeanor, it’s okay to apologize once and let your girlfriend know it wasn’t your intention to hurt her.

Case Study: She Demanded an Apology

Nick was feeling very guilty as he slowly walked up to his girlfriend’s house. He had messed up and he knew it, but he had been too scared to apologize. After a few days of her giving him the cold shoulder, she finally confronted him and demanded an apology.

Nick knocked on the door and his girlfriend opened it. He could see the hurt in her eyes and immediately felt terrible for what he had done. He looked down at the ground, not having the courage to look her in the eye as he spoke.

“I’m sorry,” he said quietly, “I know I messed up and I’m so sorry for hurting you.”

But instead of accepting his apology, his girlfriend became even more angry and upset. She shouted at him about how disrespectful and thoughtless he had been. Nick tried to explain himself but she wouldn’t listen. She told him that an apology wasn’t enough and that she didn’t want anything to do with him anymore before slamming the door in his face. 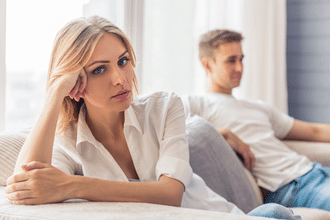 In situations like this, it’s always better to say, “I apologize” as opposed to “I’m sorry” as saying sorry makes a person appear more vulnerable compared to the less contrite “I apologize.” If your girlfriend still doesn’t accept your apology, and she continues to call you a “cheater,” “untrustworthy,” or a “liar” you must respond with indifference to prevent the situation from spiraling out of control.

In the realm of attraction, it’s not a crime to cheat, lie, and break promises. It is, however, a crime to repeatedly apologize to your girlfriend for mistakes that were—rightly or wrongly—made in the past.

A recent study conducted by researchers at the University of California, Berkeley suggests that apologizing to a romantic partner might not always be the best idea. This study details why it’s not always the best idea to apologize to your girlfriend.

The study examined how couples responded to apologies and found that in some cases, apologizing may lead to further conflict. The study involved over 400 couples and asked them to rate the effectiveness of different types of apologies.

The researchers found that while apologies were generally seen as beneficial, they could also have negative consequences when used too frequently or in situations where the apology was perceived as insincere.

For example, the study found that when couples used apologies as a way of avoiding responsibility for their actions, it often led to further conflict. Additionally, participants reported feeling less satisfied with their relationships when their partner apologized too often or seemed insincere.

Overall, the researchers concluded that apologizing can be beneficial in some cases but should be used strategically and sparingly in order to avoid creating further conflict. They suggest that couples should focus on addressing underlying issues rather than simply offering an apology when things go wrong.

Peter cheated on his girlfriend and was caught when his girlfriend saw him receive sweet messages on his phone from a girl. Peter’s girlfriend demanded to see his phone, he panicked, and broke down and told her everything. He said he made a mistake. He knew it was the wrong thing to do the moment he did it. He got down on his knees and begged his girlfriend to forgive him.

Sensing she now had the upper-hand, Peter’s girlfriend decided to punish him. She called him every name under the same. She told him what a coward he was. She said he was a cheating asshole who didn’t deserve her love.

Peter broke down and sobbed. He begged her to forgive him. “Don’t touch me,” she responded venomously. And with that, Peter’s girlfriend packed her stuff and left their shared apartment. Peter wrote her a letter to try and explain why he did what he did. He apologized profusely and asked for forgiveness.

“You’re an asshole,” his girlfriend responded. “I never want to see you again, you’re pathetic.” She continued. And with that, Peter lost his girlfriend and despite his best attempts to get her back, he was unable to succeed.

Now let’s take a look at the other guy’s situation. Paul cheated on his girlfriend and she found out when she came to his apartment and noticed a pair of girl’s shoes outside the door. In a fit of rage she left and came back the next day to see Paul. “Don’t you have anything to tell me?” She said.

“What?” She echoed. “The [email protected]#king girl you had in your apartment yesterday. I know you were sleeping with her because I could hear you guys fooling around outside the door.”

“Oh, her.” Paul said nonchalantly. “Yeah so what, it was just sex.”

“Apologize for what? It was just sex, that’s it. I love you. I care about. That’s all you need to know.”

“Bullshit, if you really cared about me you wouldn’t be sleeping with another woman. You’re a cheating asshole, I never want to see you again.”

“Alright,” Paul shrugged. “If that’s how you feel… do what you gotta do.”

Paul’s girlfriend looked stunned. She ripped a sheet of paper out of Paul’s printer and started to fan her face.

“Oh my God, I’m so mad.” She said as she fanned her face furiously with the paper. She then did something unexpected. Paul’s girlfriend started to take her clothes off. She stripped naked and threw Paul onto the bed.

“I’m so hot, I’m so mad. I need to release my stress,” she said as she proceeded to have passionate sex with Paul.

Now, why did Peter lose his girlfriend and why was Paul able to fix the situation and keep his girlfriend interested in him and raise her attraction even more?

The answer lies in each man’s different response.

Peter freaked out and panicked. He started to shake. He voice trembled. He begged and got down on his knees and pleaded with his girlfriend not to leave him.

Peter’s girlfriend was disgusted and repulsed by his response. He looked weak and pathetic, begging to stay in a relationship with her. He cheated and he couldn’t even own his actions. Paul, on the other hand, admitted without fear that he cheated. He didn’t apologize and he didn’t try to conceal the truth.

Even though he “cheated” on his girlfriend, he acted without apology. He owned his actions. And he showed no fear when it came to losing her.

(That’s why I say, if you’re going to cheat, you must be prepared to face the fallout with confidence.) Paul also demonstrated high value. He showed his girlfriend that he could get another woman with ease. His actions, right or wrong, came from a place of strength and confidence. And he also demonstrated preselection (where other women find you attractive you automatically become more attractive as a result).

In this situation, you must act without apology. You don’t need to apologize for mistakes that were, rightly or wrongly, made in the past. You need to demonstrate confidence and own your actions.

Still Want to Apologize to Your Girlfriend? 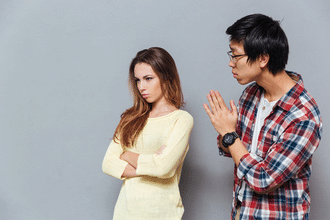 Research into conflict resolution found that people who apologize on a frequent basis are more likely to be punished because their apology is seen as an admission of guilt. One key factor that must be considered is the way women perceive men who apologize. The apologetic man is considered weak and untrustworthy. If you cheat, or lie, or commit some other delightful sin, you must own your behavior and act without apology.

Your girlfriend will only punish you for as long as you allow yourself to be punished.

The moment you adopt a “get over it and move on” attitude is the moment a woman loses her ability to punish you. She can no longer make you feel guilt or remorse. Her attack is rendered useless, a senseless act of futility that serves no purpose other than to strengthen your position and make her look foolish.