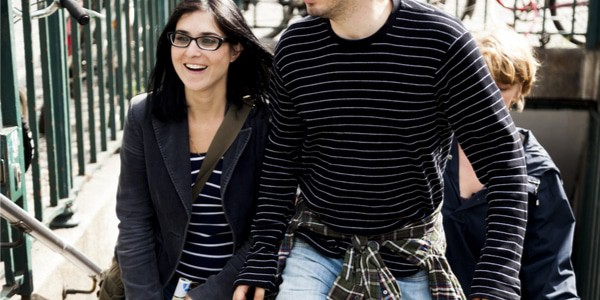 If there’s one area of attraction where you can truly stand out and distinguish yourself, it’s by taking the lead in the relationship. Men often fall short in this area because they don’t understand what it means to lead a woman. They confuse the word lead with control—and a controlling man is the last thing a woman wants in her life.

You must have the courage to give a woman freedom; at the same time, you must be able to lead a woman into attraction. As a man, your ultimate goal in any relationship should be to enjoy a woman’s company as you lead her towards the bedroom.

Sex, as crude as it might sound, is the ultimate destination for all male/female relationships. If this reality is subverted in favor of friendship, a woman will lose attraction for you and disappear from your life.

You Must Lead Without Apology 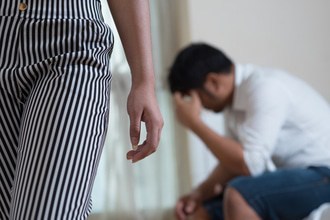 Leading a woman the right way is as simple as knowing what you want and having the courage to go after it. If you want to take a woman out on a date, your goal must be to have fun and seduce her. If you want to have sex with a woman, your goal must be to lead her towards intimacy. Leading doesn’t have to be complicated, it only has to be done with confidence and a clear sense of purpose.

A simple way to lead a woman is to ask yourself: what would you do if she wasn’t with you? If you find yourself doing something that you wouldn’t ordinarily do without her, then you know you’re on the wrong path.

Leading is doing what you want and letting the woman come along for the ride. Women by nature hate taking the lead in relationships. Once a woman takes the lead in the relationship, she’ll inevitably start to feel as though she’s the one in charge. This situation never sits well with women, and it’s only a matter of time before they start to question your masculinity and confidence.

From an evolutionary perspective, a man who’s easily lead is easily taken advantage of, and thus more likely to be outwitted and outmatched by his opponents.

Another interesting aspect of this study was that dominant women were only rated attractive by other women (not men). This indicates that women find leadership qualities attractive regardless of a person’s gender.

Up until now, Lewis had been the perfect gentleman. This was only their third date and Lewis wanted Eva to know two things: one, he was a good guy; and two, he respected women. After they finished coffee, Eva smiled at Lewis and said she was hungry.

After sharing a large vegetarian pizza, Lewis made a conscious decision not to kiss Eva good night. That could wait. Why rush things and risk scaring her off?

When Eva got home, she felt confused. Lewis was obviously into her, but why did she feel like she was the one making all the decisions? Lewis had even agreed to share a large vegetarian pizza with her when he found out she was a pescatarian. And what was with that awkward, goodbye pat on the back he gave her when they said goodbye? That was weird. At that moment, Eva knew Lewis wasn’t the right man for her. She needed someone who could make decisions and take the lead in the relationship. She needed someone who wasn’t afraid to kiss her.

Lead a Woman the Right Way 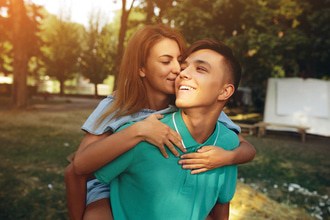 Nice guys are paralyzed by anxiety, constantly asking themselves if it’s okay to make a move? If it’s okay to touch a woman? If it’s okay to invite a woman back to their apartment? Maybe the woman will feel better if I let her make the decisions? After all, men and women are supposed to be equal, aren’t they? These are just some of the ways nice guys self-sabotage and prevent themselves from taking the lead in relationships.

Leading a woman and being dominant is not, however, the same as being aggressive. You don’t lead a woman by strong-arming her into following you. You don’t use force or threats to gain compliance; in fact, doing so would only undermine your value.

Research conducted by Pennsylvania State University noted that men who are playful, humorous, and fun to be around are considered more attractive and alluring. The theory as to why these playful qualities are so endearing is that playful men are seen as more grounded, stable, and resilient when facing life’s challenges and setbacks.

Playful men are also perceived to be less aggressive and less likely to hurt a woman and her future offspring. Furthermore, these qualities are seen as a marker of social intelligence and indicate that a man can form faster social bonds with others thus increasing his ability to acquire more resources and protection from society.

Leading isn’t about Control or Aggression 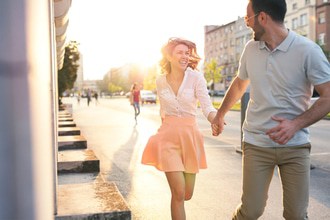 From an evolutionary perspective, this ties in with the theory that playful men are viewed as mentally strong and resilient. You should never confuse the qualities of dominance and assertiveness with aggression and anti-social behavior—two traits common to insecure men. Even if a woman refuses to follow your lead, it’s important not to get upset or derailed by her resistance. Being a leader doesn’t mean being headstrong and stubborn.

If you tell a woman you want to eat steak and she says no, simply ask her what she feels like eating instead. If she comes up with a better alternative that you’re happy to go along with, there’s no reason not to be flexible. Nevertheless, if she can’t come up with a better alternative simply tell her you want to eat steak and she’s welcome to join you.

In leadership, the person who has the strongest and clearest image of what they want prevails. You must never get upset or angry if a woman doesn’t want to listen to you or follow your lead, you know what you want and that’s all that counts. An attractive man does what he wants, whether a woman is willing to follow him or not.