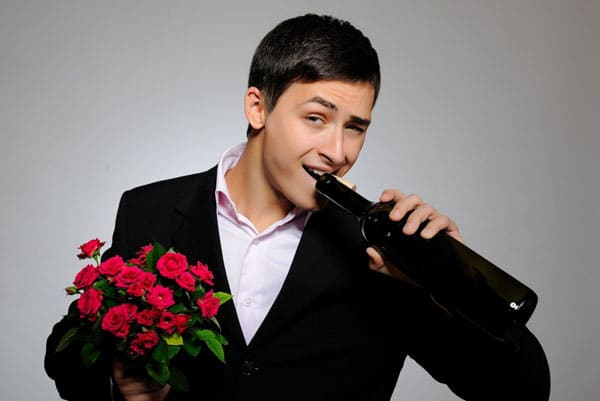 Nice guys really do finish last and they don’t get the girl. And it’s not because they’re nice. It’s because of their mentality and the way they deal with women.

I’d like share with you an email I got from one of my readers. His girlfriend of two years just left him and he now feels cheated and heart-broken.

First of all I just want to say thanks for all the great work you’re doing on this site. I’ve read through your articles and learned a lot about how to act around women and what I need to do to keep a woman around. But I admit I still find it difficult to implement some of the stuff you teach. Last month, my girlfriend of two years left me to be with another man. This has been the most painful moment of my life (I feel your pain here. There is nothing more hurtful than when the girl you love chooses another man over you). 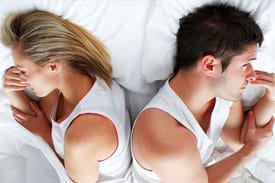 I’m still trying to pull myself together and understand how she could do this to me. I was so good to her all these years we’ve been together and I feel like she never really respected me or cared about me as much as I did in our relationship.

I won’t say our relationship was perfect but when it was good it was great and I really love this girl and seeing her with another man breaks my heart. I think if I could win her back then I could show her that I’m the right man for her.

I’m starting to see where I went wrong. I was always too nice to her and put her first in everything (this is typical nice guy behavior). I was always buying her gifts and taking her out to dinner, but she didn’t really put the same effort into the relationship and knowing that I’ve wasted two years on this girl only to be thrown out like a piece of trash hurts like a bitch.

(I understand where you’re coming from. There are literally millions of guys out there like you and I’ve been there myself. We treat a girl with respect and buy her things and take care of her, only for her to throw it back in our face. 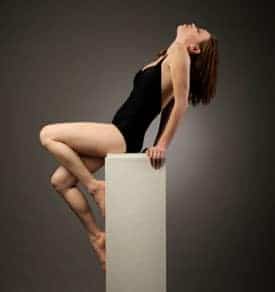 You are a nice guy and nice guys do finish last! You’ve put this girl up on a pedestal and as the saying goes, when a girl is on a pedestal she can only look down on you. You need to stop being so nice and start saying what’s really on your mind.

A healthy expression of desire is attractive and refreshing for a woman to hear. She’ll start to respect you and love you unconditionally when she knows that she can trust your masculine core. She needs to feel your strength and boldness and she doesn’t want a nice guy to take care of her, she wants a man.

Making this change from a nice guy into a man who isn’t afraid to express himself will be the best thing you ever did.)

Who Is Mr. Nice Guy?

Ahhh, the sweet nice guy. You’ve seen him in thousands of movies. You’ve read about him in hundreds of books. And everyone from Lionel Ritchie to Whitney Houston to a billion other recording artists have sung about the nice guy.

Everyone knows the nice guy. He’s kind and friendly. He always helps everyone. He’s also the best boyfriend in the world (at least on the surface).

But what I bet most of you don’t realize is that the nice guy is actually not such a nice guy after all (but I’ll get to that point a bit later on).

Mr. Nice Guy will buy flowers and gifts for his girlfriend. He’ll also take her to expensive restaurants, whisper sweet words in her ear and be on call 24/7 to help his girlfriend whenever he can.

He’s the perfect man, idolized in popular culture and glorified as the true embodiment of romantic virtue. But what you don’t know about Mr. Nice Guy is this…

He’s keeping score all the time. 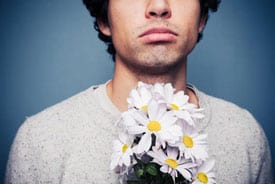 This is a common pattern for a relationship with a nice guy. If a woman decides to date a nice guy (because these guys are usually friend-zoned in real life), then she will notice a couple of things right off the bat.

1) Nice guy is always so kind and apologetic and sorry about everything.

2) Nice guy is always buying her things and telling her how amazing and beautiful she is.

4) Nice guy is jealous and moody, but tries to mask it.

The real truth is, women don’t want to be with a nice guy. Popular culture is feeding us all a lie. The nice guy you see in the movies and read about in books is, in reality, the most unattractive and undesirable man in real life.

There are a lot of reasons why the nice guy exists, and it’s mostly societies fault. 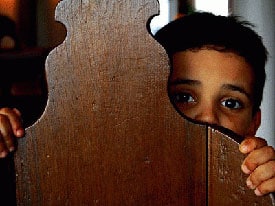 Since a young age, millions of men are taught by their parents and by the education system that if they express themselves and their desires, then that is bad and they will be punished for it, even if their desires are perfectly healthy.

A sex drive is normal and healthy, but society often tells us that it’s wrong to have this drive. So what does the nice guy do?

He hides his true feelings and desires. He suppresses them and acts in a way that he thinks will make other people happy.

The nice guy believes that if he expresses his healthy sexuality and desires, then people might not like him and his girlfriend could leave him.

So the nice guy ends up trying to please everybody. He tries to be everyone’s friend and becomes a people-pleaser. The problem with this is that the nice guy is trying to get his needs met in an indirect way.

He won’t use charm on his girlfriend and laughter to seduce her. And a nice guy won’t tell his girl how much he wants to make love to her and exactly what he wants to do to her (because that would feel too shameful and might risk isolation and punishment).

Instead a nice guy will try to buy his girlfriend’s love. He’ll take her to expensive restaurants and buy her gifts. He’ll sweet talk her and do anything she asks him to. But inside his head, the nice guy is always keeping score.

Nice guy will then get upset and moody and become passive aggressive, sometimes even exploding in rage at the injustice of it all. 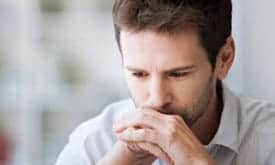 There is nothing more unattractive to a woman than a man who isn’t true to himself and is fake and phony.

Not only that, a nice guy exudes feminine energy because he’s usually the one doing most of the work in the relationship. A lot of women don’t like to admit this, but relationship maintenance should be handled by women, not men.

Women love to think about relationships and take care of relationships. If a man starts doing all the heavy-lifting in the relationship, then the woman is going to find him less attractive and sexy.

Enter the nice guy who is always super-sweet and nice to women. He acts like a woman in the relationship and women see his passiveness and indirect behavior as weak and needy (that’s right, real life isn’t like the movies). More often than not, a woman will feel like the nice guy is just trying to buy her love and affection.

What is attractive to women is a man who exudes masculine energy. Masculine energy is freedom, drive, purpose and following our desires and being true to ourself.

If you can express yourself and your sexual needs with confidence, there is nothing more sexy and attractive to women. If, instead, you act like a nice guy, then prepare to take a ride on the friend-zone/rejection carousel for a long time.

So, you’re a nice guy and your hearts in the right place. You’ve just lost your girlfriend who has left you because your nice guy act was turning her off. Is there anything you can do right now to win her back?

Don’t be afraid to express yourself. The belief that you will be punished for expressing yourself is false.

Stop trying to buy your woman with sweet words, gifts and acts of kindness. Instead, focus on your mission as a man. Focus on improving yourself and becoming a stronger more masculine man.

If you do this you will increase your attractiveness and greatly improve the chance that you will get your ex girlfriend back (and attract a lot of other women into your life in the process).

Remember, a nice guy impresses no one except his own mother. Do you really want to be that guy?