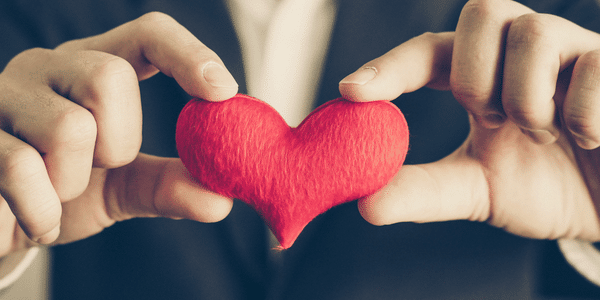 In the early stages of a relationship, you must never invest in a woman too soon. A date shouldn’t be expensive and it shouldn’t require excessive planning. You don’t need to think about taking a woman to an overpriced restaurant, in the same way you don’t need to plan an expensive trip to Paris to win her over.

Spend too much money too soon and a woman will wonder why you’re trying so hard to impress her. The unattractive man feels the need to impress and invest in a woman; the attractive man knows his presence is enough.

Case Study: The Perils of Over-Investing

Ted was at a rock concert when he saw Lauren for the first time. She was standing with her eyes closed, swaying to the music in a tight-fitting black dress. As soon as the concert finished, Ted rushed over to Lauren and introduced himself. After some light chitchat, they exchanged numbers and went their separate ways.

For the next couple of weeks, Ted texted Lauren on a daily basis. But it didn’t matter how much he texted her, he found it impossible to get her out on a date. Frustrated by Lauren’s resistance, Ted decided to go all out and invite Lauren to an expensive restaurant for dinner.

The restaurant had amazing city views, and the cost of dinner was $200 per head. Lauren was delighted to get Ted’s invitation. Without skipping a beat, she got on the phone and told her best friend Lisa where she was going.

“Oh, I’m so jealous. Who are you going with?” Lisa asked.
“Just some guy, but he’s paying for it, so it’s all good,” Lauren replied.

Poor Ted. He had no idea that once their night of fine dining was over, he would never see or hear from Lauren again. Lauren knew all too well that Ted was only buying her dinner because he wanted to get into her pants, but Lauren was too smart to fall for that old trick.

In her mind, the plan was simple—get the free dinner, take some pictures, then go home. After all, a man like Ted was lucky to be graced by her presence. She was a beautiful, elegant woman, and he thought he could buy her love? What a loser.

It’s logical to assume that women will appreciate you going the extra mile to make them feel special; and on the surface, it’s true, a woman might appreciate your initial effort to make her feel comfortable.

Don’t Try Too Hard to Impress Her

Why are movies and TV shows so popular? Why are people willing to sit in suspense hour after hour to find out how their favorite TV show will end? People are curious by nature, and no one is more curious than a woman.

Women crave suspense and “not knowing” drives them wild. The man who gives away too much too soon leaves no room to the imagination and offers little in the way of mystery or suspense. He has given away the end of the movie before its even begun.

The following scenario is played out time and time again: man meets woman. Man begins to imagine all the great sex they’ll have together; he imagines all the adventures and trips they’ll go on together; he even imagines getting married and having children.

Focus on the Present 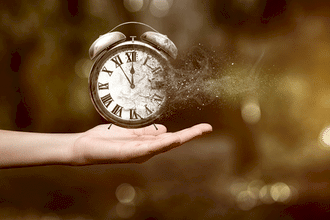 One trait that is uniquely human is our ability to perform wonderful feats of mental time travel, known as chronesthesia—a term that refers to the human ability to travel into the future and predict what might happen if we perform certain actions. For example, you know that if you invest five dollars today, it might be worth twenty dollars in the future. And you know that if you ask a girl out, she might say yes or she might say no. Every time you predict a possible future event, you’re performing an act of chronesthesia.

One of the great disadvantages of chronesthesia, however, is that people often imagine positive future scenarios that lead them to invest too much of their emotions and time into someone in an irrational way.

Research into mental time travel has discovered a strong connection between mental disorders and chronesthesia. These mental disorders usually occur when a person imagines too many negative future events that ultimately lead to high levels of anxiety, depression, and neuroticism. 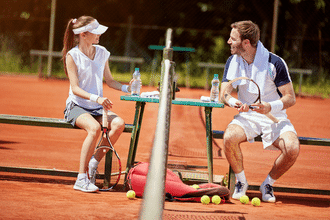 Ray had just finished playing tennis when he met Lorraine, relaxing with a gin and tonic in the clubhouse overlooking the courts. From day one, Ray and Lorraine were drawn to each other. Ray couldn’t stop thinking about Lorraine. She was sexy, funny, athletic, and sassy—she was everything he loved in a woman. When Ray thought about Lorraine, he could already see their future mapped out together: the big house, lots of kids, and fun-filled family vacations in the Caribbean.

Last weekend, Ray and Lorraine had spent the entire weekend hanging out, having sex, and watching their favorite TV show. It had been the perfect weekend, and Ray couldn’t wait to do it all over again the following week.

For her part, Lorraine enjoyed Ray’s company; however, she couldn’t shake the nagging feeling that Ray was way more into her than she was into him. This became all the more apparent when Ray told her how much he had enjoyed their weekend together, and that he couldn’t wait to see her again soon.

On Monday afternoon, Ray reached out with another love-infused message: “Hey, sweetheart. How’s your day?”

Lorraine cringed when she read the message. This was all happening too fast, she had only just met the guy and he was already telling her how much he missed her and was even calling her “sweetheart.”

Lorraine grabbed her phone and told Ray she was busy for the next couple of weeks. Little did Ray know he would spend the next two years trying, without success, to get Lorraine to see him again.

The over-invested man is only too willing to open his heart and give his love away. He lets a woman know he’s there for her and is responsive to her needs and desires.

On the other hand, the man who chooses to hold back is more likely to win a woman over and inspire feelings of attraction. The man who holds back doesn’t invest too much too soon. Instead, he sets himself up as a challenge and a man whose love is hard to acquire.

Never Invest In a Woman Before You Know Her 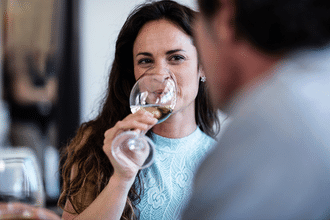 The wise man chooses to hold back his emotions in case the relationship goes south, and he discovers that he’s dating a woman who’s either unstable, incompatible, or unworthy of long-term emotional investment. By holding back on your emotions, you automatically become more attractive because you’re neither focused on the relationship or its outcome. You keep your options open and you’re reluctant to give away your freedom and independence because you value those things above all else.

As research published in the European Journal of Personality points out, if a woman has to fight for a man’s love and attention, she’ll think more highly of him, value him more, and think about him more frequently.

How do you make yourself more valuable? First, you must make your love a scarce resource—something that’s hard to acquire. This all starts by refusing to invest too much of your emotions into a woman too soon.

Emotional investment in a relationship should be a slow, gradual process. The attractive man holds back and never gives his love away too easily.