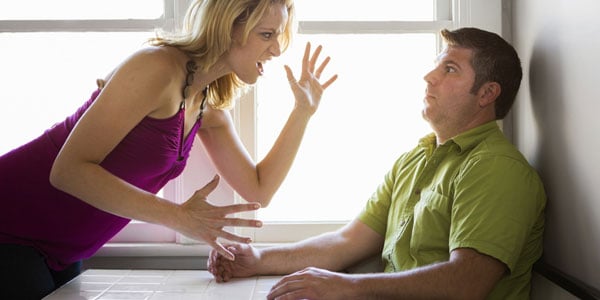 In the beginning of any relationship you’ll notice that there are a lot of little battles going on.

Who will be the first to message the other person?

Who will be the first to show sweetness and love?

Who will be the first to confess their feelings?

All this to find out one thing… who cares most?

The loser in this battle is the person who shows the other person that they care more. As a man, you definitely don’t want to be in this position.

A Man Should Never Be In The Weaker Position 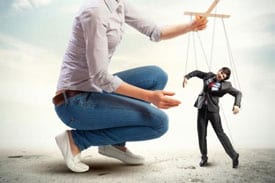 The reality, however, is that men are always in the weaker position… in the beginning.

A man might choose to hit on a woman and make a move on her; but ultimately, it is the woman who decides whether or not she will sleep with the man.

This simple fact alone puts the man in the weaker position. And although it’s true and it sucks, you’ve got to show the girl that you’re not in a weak position.

By being indifferent to the relationship and its outcome (this is always the best state to be in in the beginning of any relationship).

You have to show a girl that you can live with or without her, that your life will still go on like before. Hey, you’d love to have this girl in your life, but it’s not going to cut you up if she’s doesn’t want to see you.

If you adopt this attitude (even if you don’t really feel it—fake it till you make it). If you do this, you’ll stand out from the majority of all other men. You’ll get a woman thinking, “Hmmm, what is it about this guy. Why is he so confident and sure of himself? Why isn’t he actively pursuing me and blowing up my phone like all the other guys out there?”

The beginning of any relationship is a difficult time for us men. We want to get the girl and have this driving ambition to “conquer her” and, of course, have sex with her.

But cool your jets brothers, patience always wins the game, not raging hormones and definitely not showing the girl that you care more about her than she cares about you.

Who Cares Most Is A Battle You Must Win 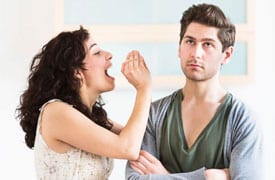 During the beginning of any relationship a woman is gong to throw a lot of tests at you.

And make no mistake, she’s going to get angry at you and lose respect and attraction for you if you fail her tests.

A woman might not even consciously know that she’s testing you. She might genuinely believe that she’s in a struggle for love and actually wants to have the upper hand.

Most women won’t consciously understand, however, that if they win the battle for who cares most they will instantly lose interest in a man and simultaneously lose respect and attraction for him as well.

This means that if you lose the battle for who cares most, the woman will walk away and leave your weak ass to go look for another stronger, more confident man. This is all unconscious on her part of course, but the end result is always the same—she walks away and leaves you.

A man in this position will find himself chasing the woman and trying to win her back. And remember, the battle for who cares most can raise its ugly head at any time, especially when you’re trying to get a girl back.

A woman doesn’t consciously know this, but she actually wants you to “beat” her in the battle for who cares most. Because she wants to know that you are a man worthy enough to date her and that you are strong enough to protect her.