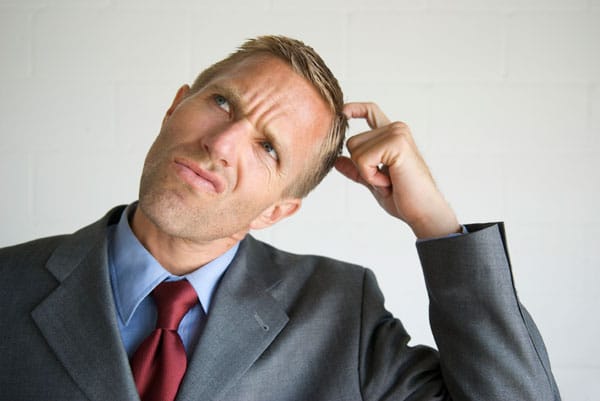 If you can get inside your ex girlfriend’s head and start thinking like her, you’ll be amazed at the benefits.

I’d like to share an email that I got from one of my readers who has been struggling after he broke up with his girlfriend. Now he wants to know how to win her back but is struggling to understand her mindset (as usual, my advice is in bold).

I met this girl at work and we didn’t start dating until a couple months ago. We didn’t see each other too much at work because we were both in different departments, she works in the HR department. Anyway, I really liked her and asked her out on a date (Good job! That takes courage and you made it happen).

This was in July. In the beginning we would go out on dates after work and hang out together. It wasn’t long before we started to make love and it was probably the most amazing intimacy I’ve ever had in my life. This girl is really incredible. She’s 31 by the way and I’m 35, and like me she is really into healthy living, working out and taking care of herself. But recently things have started to change.

On Monday I sent her a message in the morning saying “good morning” and “hope you have a great day” but I didn’t get a response back for a couple of hours. So I sent her another message asking her if she was “okay?” and then I tried to call her on her phone. She didn’t get back to me until the afternoon and then she just said “Sorry, been busy. Crazy at work.” 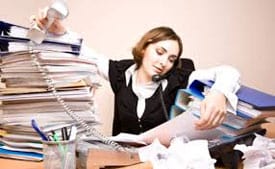 (It’s possible that she’s legitimately busy at work and stressed out—so she might not be feeling romantically inclined at this moment.)

I then sent her another message to say “no problem, I’m really busy too,” I then asked if she would like to catch up after work. She didn’t get back to me until the next day (this is the time when you want to wait and let her get back to you. Give her space. If she’s really busy then she’ll get back to you when she’s ready to talk. If she’s not busy then she probably just needs some time to herself and is probably just being polite by giving you the work excuse brush off).

But all she said was “got a lot of work this week because my colleague’s on sick leave”. Usually she would message me to say “good morning” or “hey, thinking about you X”. Now it’s been two days and she hasn’t responded to any of my messages or calls. I even explained to her that something must be wrong because she always messaged me and now she suddenly stopped messaging me (bad move dude. Don’t try to use logic with a woman, it never works and you can’t beat her because a woman’s feelings aren’t logical).

I feel like she’s losing interest in me or something and not sure what my next move should be to get her back.

(Well, it’s only been a couple of days and it sounds to me like she might be legitimately busy. Especially because she mentioned that her colleague is away on sick leave. If this is true, then she’s going to be stressed out and believe me buddy you don’t want to be around a woman when she’s stressed out.

Unlike a man, a woman will respond based on her feelings at the present time. If she’s feeling like she misses you and can’t wait to see you, she’ll tell you. If she’s stressed out and busy at work, she’s probably not feeling romantic or lovey-dovey right now. You say you want to get her back, but it doesn’t sound like you’ve lost her. I admit that not hearing from her for a couple of days is out of character, but stress and a high workload can definitely cause this.

Also, the other strong possibility is that she’s testing you. You guys have come a long way together in the last couple of months. You went from strangers to lovers and everything is happy and fun. That’s fantastic. But you have to understand that a woman is like the wind—sometimes calm and sometimes volatile. You can’t expect her to be happy and romantic all the time.

Now why would she test you?

There could be a thousand reasons but here are the main two: (1) she senses that you are way more into her than she is into you; (2) she just wants to see how strong you are. Can you live without her? Are you scared to lose her? Will you become all weak and feminine if she pulls away from you? I’ve dated a lot of women and let me tell you this, they all test the men they’re interest in.

**I got an email from this reader two days later to confirm that he followed my advice and that he was now back together with his girlfriend and had just spent an amazing night with her. Trust the process, that’s all you gotta do.

In my one-on-one relationship coaching I often tell guys that time and patience is their greatest ally—not an enemy to be feared.

A lot of guys get all panicky and scared if a girl doesn’t contact them for a couple of hours or days. They start thinking that their girlfriend is suddenly on the way out, but you have to understand this…

A Woman Thinks Differently To A Man 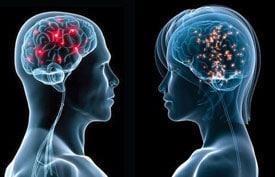 As a man you will expect everything to be smooth and happy all the time. To you, it’s not logical to want to be away from your girlfriend if you’re both happy.

But a woman is different.

It’s best to imagine a woman as being like the wind. Sometimes she’s calm and other times she’s wild and unpredictable. There’s no logic or reason behind this. Her actions are often seen as random and chaotic. And they are to us men because a woman’s actions are driven purely by emotion.

In fact, you might want to forget the idea that a woman actually “thinks” if you want to understand her. A woman doesn’t really think, she “feels.” And her responses are mostly based on what she’s feeling.

This doesn’t mean that you have to be chaotic and volatile too. A woman knows what she’s like. Most women know that they can be a little crazy and unpredictable at times. And they understand that they are often victims of their emotions.

Through all this, however, women want a man who can stay grounded and stable. A man who can be like a rock that doesn’t move in the wind. A woman wants to know that she can be happy and attractive and unpredictable and sad, and that her man will always be there for her—completely unmoved and unaffected by her emotions.

A Man’s Emotional Stability Should Be Like A Rock

I’ve dated a LOT of women in my life and I can’t tell you how many women I’ve ended up hooking up with and getting back together with just by being patient and non-needy.

Girls that I haven’t seen in weeks and months have suddenly got in touch with me out of nowhere all because I wasn’t chasing them like crazy (like they expected me to, because it’s the way most guys act). I’ve simply been present and been stable in my emotions.

Understand A Woman By Feeling Her Emotions 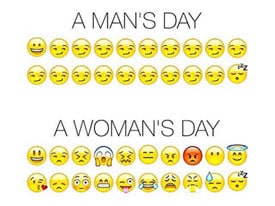 If you really want to understand your girlfriend and win her back, then you have to appreciate and understand her emotions. A woman is emotional in her core and you need to be able to ride out any storms she throws at you.

If a woman withdraws from you and starts acting distant, it’s most likely because she feels insecure and she now feels the need to test your strength.

It’s your job as a man to be strong. Don’t try to win your ex girlfriend back through logic and reason. You’ll only end up driving her further away from you.

You can’t reason with her to force her back into a relationship with you like some kind of courtroom prosecutor. You have to understand her emotions and be completely unmoved by them.

When you feel a woman start to move away from you, let her go. She’ll come back to you when she misses you and wants affection and love from you. Understand that she is most likely just testing you, and even if she isn’t, your reaction to the situation tells her a lot about you as a man.

Anytime you sense a woman withdrawing from you, use it as an opportunity to prove your masculinity and strength. Do you want her to see you as a strong man or a weak man?

If she sees you as a strong man, she’ll end up coming back to you with even more passion, love and affection than before.