If you want to escape the friend zone, this article will show you what to do. The moment you become friends with a woman instead of becoming intimate with her, is the moment you sacrifice seduction in favor of friendship.

A study run by the University of Wisconsin explained how men have a hard time being just friends and often want more. The Wisconsin study also discovered that men and women mostly have no idea how other people feel about them, as in: does this person find me attractive?

Complicating the issue further, a lot of men willingly enter the friend zone because they fear rejection and have low self-confidence. These same men believe that if they become friends with a woman first, they’ll be able to turn her into their girlfriend later on.

Ethan was attracted to Juliana the moment he saw her sitting outside the college library. If only I could be with a girl like that, Ethan thought. She’s perfect. A couple of weeks later, a mutual friend introduced Ethan to Juliana. From that moment on, Ethan decided he would make it his mission to get to know Juliana. He would become her friend first, then turn her into his girlfriend later on once they got to know each other.

The more Juliana got to know Ethan, the more she liked him. He was cute and easy to talk to. He would often spend hours listening to her talk about all her problems, and he never tried to control her or tell her what to do.

Of course Juliana knew that Ethan liked her, but how could she take him seriously? He reminded her of a big, cute puppy dog. If she was being truly honest with herself, there was a moment when Juliana thought Ethan was kind of attractive, but he never made a move and always seemed so shy and timid around her.

A couple of months later, Juliana was at the gym when she met Ed. Ed wasn’t the kind of guy to waste time and he let Juliana know straight away that he found her attractive. Juliana was instantly smitten by Ed’s confidence and charm. She was so excited she couldn’t wait to get back to her dorm and tell all her friends about him.

That evening, Juliana couldn’t stop talking about Ed and how she thought he was so charming and handsome. Juliana’s friend were all excited to hear the news—everyone, that is, except for Ethan.

Later that night, as Ethan and Juliana walked through the college campus, Ethan knew he had to confront Juliana about her new love interest. “You can’t trust strangers,” Ethan said. “Guys like Ed don’t respect women and they’re only after one thing.”

Juliana smiled. “You don’t have to worry about me.”

Ethan felt a surge of panic. He knew he had to make a move now or risk losing Juliana forever. “Juliana, there’s something I need to tell you. This might sound strange, but I really like you.”

Juliana took a moment to compose herself. “Oh, Ethan, that’s sweet of you… but honestly, you’re such a great friend. I don’t want to lose you.”

“You wouldn’t lose me,” Ethan replied.

“I’m sorry,” Ethan choked. “I shouldn’t have said anything.”

“No, it’s sweet of you. You’re one of my best friends, Ethan. We’re great like we are, can’t you see that?”

“I can, I know. I don’t know what I was thinking.” Ethan replied.

“You’re so cute,” Juliana said, “Have you been drinking?”

“Ha, I knew it. You’re hilarious. See you tomorrow.” And with that Juliana smiled and waved goodbye, leaving Ethan standing alone on the sidewalk. 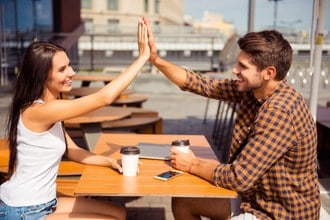 When you let a woman put you in the friend zone, you’re subconsciously telling her that you don’t have the confidence to seduce her. Consider the implications of a study carried out by researchers at the University of Virginia and Pennsylvania State University where researchers observed that less than 10 percent of couples started out as just friends. Not great odds if you’re looking to turn that attractive “girl friend” into a “girlfriend.”

A woman knows when a man wants to be more than just friends. At the same time, a woman also knows when a man is too weak to make a move and seduce her. This is the reason why so many men are condemned to the friend zone. There’s nothing more unattractive and unappealing to women than a man who’s too afraid to express himself and seduce a woman he finds attractive.

Early in the seduction process, there’s a good chance a woman will, at some point, try to friend zone you. Often, this is just a test to see if you’re prepared to accept a weakened position or do you have the guts to seduce her?

Pick One: Intimacy or Friendship 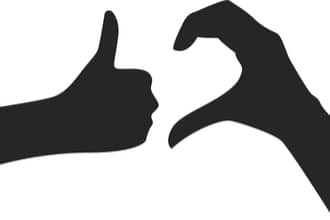 Even in long-term relationships, after years of marriage, a woman might still try to put you in the friend zone. It’s up to you to decide whether or not you’re willing to accept her offer of friendship or hold out for intimacy.