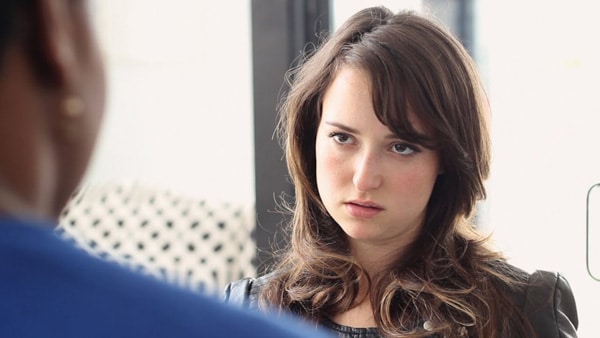 But first, let’s take a look at an email from a reader who is going through this problem in his own relationship:

Hello Chris! I was seeing my girlfriend for 8 years until she dumped me one month ago.The first two years were fantastic and everything was great until we had our first argument that escalated with her crying and locking herself inside the bathroom for a couple of hours. Basically the fight was that she wanted to go back out to party after just coming back from a club and I told her that I was tired and she did not like that calling me all sorts of names which alarmed me.

(Her behavior where she called you all sorts of names was definitely something to be concerned about. A big red flag. You were right to be concerned. In this situation, it’s always best to rip into your girlfriend and tell her that her behavior is completely unacceptable. But words without action are meaningless, so a punishment reward system must be implemented. More on that later…)

During the 3rd, 4th, 5th and 6th years our relationship was up and down. When my father got sick 4 years ago I had to concentrate on him a bit more so it took away some time from her. She then complained that I didn’t see her enough and that I was ignoring her but she was just used to being with me all the time. That bothered me because she couldn’t see I was struggling to make sure my father was taking care of and on top of that I was going to college. During these years outbursts as the one in LA would happen from time to time with her saying foul language to me and even giving me the middle finger in a couple of instances because I’d disagree with her about something.

(Her behavior is completely unacceptable and disrespectful towards you. Excessive drinking and an abusive personality are two traits that will definitely destroy a relationship. If you’re taking care of your sick dad and also going to college, then your girlfriend needs to appreciate the demands and the stress that you’re under. However, love can be selfish and many women are ruled by their feelings and emotions— these emotions don’t care if you’re under stress, women are going to let you know when they’re unhappy. A reward/punish strategy needs to be implemented again in this circumstance.)

At one point I got to thinking and noticed a common theme in these altercations and that is when she drank alcohol, we argued. Sometime during the 6th and 7th year she talked about marriage and having a family but I told her until you stop drinking, and arguing with me about stupid stuff and start being a better girlfriend, then we’ll talk. I told her what I needed from her but she didn’t listen and failed to entice me to ask for her hand in marriage.

(This is a very important point. Notice how you say, “she failed to entice me to ask for her hand in marriage!” Why is that? Because you knew she was acting in a toxic and unattractive way. You knew that she was bad wife material at that point. It’s important not to forget this feeling and ask yourself if you really do want this girl back in your life. You can probably do a lot better.)

Finally she gave me an ultimatum last year and if I didn’t propose to her by the beginning of the year she would leave. She became distant around May she broke it off with me. Chris, I begged and pleaded for her to take me back, which we both were crying, but she said she didn’t love me anymore and for me to move on.

Need your advice and help, Andrew

(Begging and pleading to a woman are the ultimate signs of weakness. Once you start doing this you lower your value significantly. A woman will only put up with so much weak behavior before she will leave.)

There is only one reason why a man’s girlfriend will pull away from him and that is because she’s lost attraction for him.

So if you really do want to get your girlfriend back, then you need to know what you can do to get her attracted to you again. However, dealing with a bitchy and disrespectful girlfriend can be a huge problem and is something that a lot of guys must learn to deal with because it’s becoming such a big problem in modern relationships.

Why Your Girlfriend Is Bitchy and Disrespectful 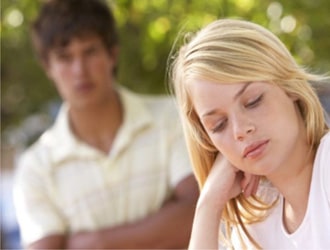 Why does a woman act bitchy and disrespectful? A girl does this because she knows she can get away with it. She knows that her boyfriend isn’t going to actually punish her and stop her from acting this way (University of Ottawa).

Every time that your girlfriend acts in a disrespectful way towards you she’s testing you. And every time you fail to pull her into line and backup your words with actions, your girlfriend will lose attraction for you.

When this happens, your girlfriend will inevitably pull away from you and eventually she will start looking for a way out of the relationship.

A girl wants a man who can keep her in line and control her, not someone who she can walk all over and manipulate through bitchy behavior.

Any man that fails to put his girlfriend in her place after she constantly disrespects him, will soon lose his girlfriend to someone else who is more capable of handling her.

A Disrespectful Girlfriend Is Close To Leaving You 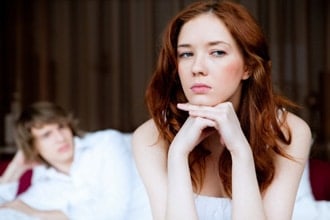 The following scenario is based on true events: Peter had been dating Jane for three years now. What started out as a beautiful and loving relationship, slowly deteriorated into an abusive and horrible relationship.

Jane used to be such a sweet girl, Peter thought to himself. What happened? The first time Jane was bitchy and rude to him was six months into the relationship. Peter had been lying in bed in the early morning when Jane, as a joke, had said to him, “get out of bed you lazy sack of shit.”

Peter had been instantly taken aback and confused. He didn’t realize that Jane was joking and he felt that he must have done something wrong. Peter jumped out of bed and apologized to Jane. “What’s wrong?” he asked her, terrified. “Sorry, I was so tired.”

What started out as a joke, slowly escalated into two and a half years of abusive bitchy behavior from Jane. From that moment on, Jane started to lose all respect for Peter. He’s so weak and needy she thought to herself, I can pretty much do and say whatever I want to him and he’ll take it.

After three years, Jane had enough fun abusing Peter and decided to leave him one day without even saying goodbye.

If you let your girlfriend be disrespectful and bitchy towards you, it is only a matter of time before she’ll leave you for someone else. If you don’t address the problem head on then your girlfriend is only going to get more and more difficult.

I’ve seen this problem occur so often with my own clients that I developed a solution to help deal with this problem. This is solution is called PIP (which stands for Progressive Increased Punishment).

The Solution To A Disrespectful Girlfriend 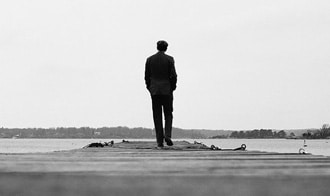 Progressive Increased Punishment is one of the most effective ways to deal with a bitchy and disrespectful girlfriend.

Whenever your girlfriend is acting in a way that is rude and offensive towards you, then you need to implement a punishment as fast as possible.

It’s not enough to accept that your girlfriend is acting bitchy and let her get away with this behavior. So, for example, if your girlfriend starts being abusive and swearing at you, you could tell her that you won’t see her for one week as a punishment.

(It is crucial that you actually stand by your words and implement the punishment. Don’t fold and tell your girlfriend that it’s okay and disregard the punishment altogether.)

Now here is the important part. If your girlfriend acts bitchy and disrespectful towards you again, you would increase the punishment and tell her that now you won’t see her for two weeks as punishment for her behavior.

You also need to tell your girlfriend that “this is the second time you’ve shown complete disrespect, it’s completely unacceptable. Now you can’t see me for two weeks…” etc.

You keep on increasing the punishment this way, so your girlfriend actually understands that you won’t tolerate her bad behavior.

In my experience, Progressive Increased Punishment will usually eradicate your girlfriend’s bitchy behavior completely, unless the girl your dating actually has mental problems—and that’s a whole different story (1 in 3 women actually have mental illness, Oxford University).

The Solution In Action 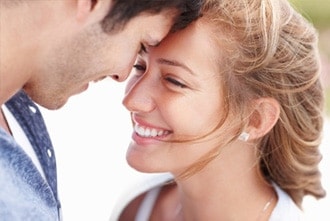 The following scenario is based on true events: Paul had been dating Jane for six months now. Everything had been going great, then one day Paul was lying in bed in the early morning when Jane (remembering what she had said to Peter all those years ago) said to Paul, “Get out of bed you lazy sack of shit.”

Paul was completely surprised by what she said. He laughed, she must be joking he thought to himself. Jane kept a straight face and wondered how far she could push Paul before he caved in like Peter.

“I’m serious.” She continued. “Get out of bed stupid.” She said this with a stern voice. The smile completely disappeared from Paul’s face and he sat up in bed. “Come here,” he said to Jane.

Jane strode over to the bed, pretending to be mad. Paul grabbed hold of Jane and pulled her onto the bed, lying her face down across his lap. Paul quickly pulled Jane’s panties down and slapped her ass.

“That’s for being a bad girl!” Paul told her with a cheeky grin. Jane began to squirm and giggle like a little girl. Two minutes later Paul and Jane were making love on the bed. After they made love, Paul leaned in and told Jane with a smile, “Next time you talk to me like that, you’ll get an even bigger punishment.”

Jane closed her eyes with a dreamy smile and wrapped her arms around Paul. Unlike Peter, Paul was exciting, strong and unpredictable. She might be bitchy and rude to Paul again, but only because she loved his punishments so much.

(Note: if Jane had refused Paul’s playful punishment and remained bitchy, Paul would have had to implement a more serious punishment. My recommendation is to always withdraw from the relationship for a set period of time, for example “1 week” and increase the punishment from there.)