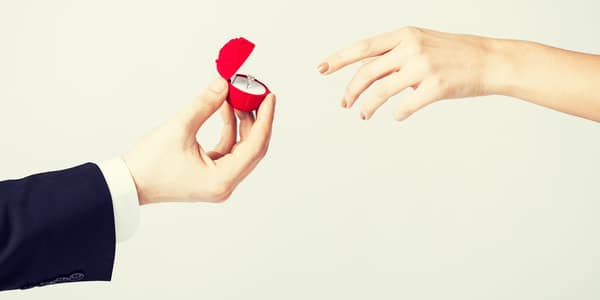 Want to know the best gift to buy a woman? This article will show you what to do. Once you know how to handle birthdays, Christmas, and Valentine’s day the right way it’s easy to build attraction by getting the woman the right gift.

With that said, the best gift you can buy a woman is, surprisingly, no gift at all.

The wealthy man who inherits a fortune does little to attract women. On the other hand, the self-made man is attractive because his determination and drive is a testament to his character and mental strength. 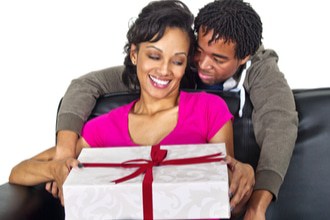 Since the dawn of romanticism in the late 18th century, men have conditioned themselves to believe that acting in a romantic way results in heightened levels of love and attraction. To this day, modern romantics continue to provide women with an endless supply of gifts, art, poetry, and literature all in an effort to win a woman over and capture her interest.

Romanticism is so prolific that entire industries have sprung up to support its cause. Valentine’s day, anniversaries, Christmas day, New Year’s Eve, and birthdays are now all cause for romantic celebration, leaving the modern man with a sense of obligation to declare his love as often and as frequently as possible. As a result, men have come to expect declarations of love and devotion from women in return. 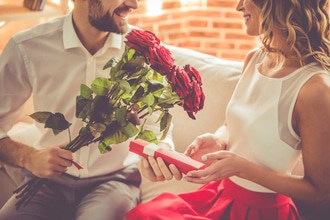 Every Valentine’s day for the last three years, Luke went out and bought Jess a bouquet of flowers and a box of chocolates. This Valentine’s day was no exception. Only this year the unexpected happened. When Luke gave Jess her Valentine’s present, Jess apologized and told Luke that she had completely forgotten what day it was. Luke smiled and told Jess it was no big deal and nothing to worry about.

Later that evening, during a romantic candlelit dinner, Luke barely said a word until after he had finished his meal. It was then that Luke took a deep breath and told Jess he needed to get something off his chest.

He proceeded to tell Jess how much she had hurt his feelings. Valentine’s day was a tradition, a tradition they’d kept alive for four years and it was an important milestone in their relationship. Again, Jess apologized and told Luke how much she loved him.

Unfortunately for Jess, her declaration of love wasn’t enough to calm Luke’s nerves. I can’t believe this, Luke thought. I’ve given her so much, bought her gifts, booked and paid for dinner, and she can’t even remember what day it is.

As they drove home, Luke continued to berate Jess for ruining such a special day. Jess put her head against the passenger side window and closed her eyes. She wished he would just shut up and get over it. How many more times did she have to listen to him complain about the same thing over and over again?

Later that night, as Luke and Jess lay next to each other, Luke tried to kiss Jess on the lips to bridge the distance between them.

“Are you okay?” Luke asked.

A minute passed before Jess rolled over and told Luke she wasn’t in the mood to have sex, not tonight. Jess excused herself and went to the bathroom. When she came back she was shocked to see Luke curled up on the side of the bed, crying. “What’s wrong?” Jess whispered.

“You don’t love me anymore,” Luke replied as he tried to fight back the tears.

Jess moved towards the bed, about to comfort Luke, when something stopped her. It was as though someone had just shone a light onto her boyfriend and exposed him for what he was—an emotionally weak and fragile man.

Twelve months later, Luke was gone and Jess was now dating a guy called Mike. With Valentine’s day fast approaching, Jess thought back to the previous year and what a disaster it had been. Jess had never known how weak and insecure Luke was until that moment. Now she knew what signs to look out for she wasn’t about to make the same mistake again.

This year, Jess had made a conscious decision not to buy Mike anything for Valentine’s day. She wanted to see how Mike would respond. Would he get upset like Luke or would he pass her test?

When Valentine’s day finally arrived, Jess called Mike and invited him out for dinner. Mike surprised Jess by telling her he couldn’t make it because he had other plans. Jess took a moment to compose herself. She reminded Mike that today was a “special day,” but Mike had no idea what she was talking about.

“Sorry, babe, I had no idea. But I can’t make it today. I’ll make it up to you later.” Jess began to protest, but Mike cut her off mid-sentence by telling her that Valentine’s day was “just another day.”

When Mike hung up the phone, Jess couldn’t help but smile. Somehow she felt relieved. It’s a shame she couldn’t see Mike tonight, she missed him already.

Your Presence is the Gift 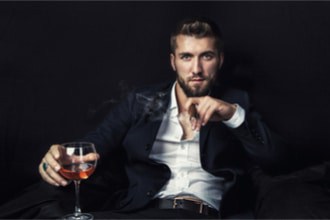 An attractive man doesn’t rely on gimmicks and gifts to lure a woman into his life because he knows his presence is the gift, not the Tiffany necklace. Only the weak and insecure man feels the need to buy gifts in a desperate attempt to win a woman’s approval. The only time you should consider buying gifts for women is not, as is commonly thought, on typical gift-giving days like birthdays, Christmas day, Valentine’s day, and anniversaries, but on those occasions where a woman deserves it and least expects it.

An unexpected gift is much more appreciated and valued for it is received with surprise and gratitude and never taken for granted.