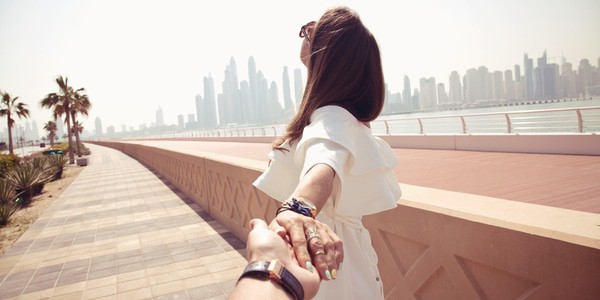 When you follow a woman’s lead, you inadvertently kill attraction by letting her know that you’re willing to sacrifice happiness and comfort just to bathe in her presence.

Sometimes a woman will try to suck you into a relationship as fast as possible. From day one, she’s intense and passionate. And by the end of the week, she’s telling you how much she loves you.

When this happens, it’s tempting to try and match the woman’s intensity with the same level of passion. And why not? She’s into you and obviously loves being around you. It’s at times like this that you must consciously hold back and resist being drawn in by the woman’s intensity.

If you tell a woman that you love her too soon, you risk lowering your value and derailing the seduction process. The woman, having started out with such intensity, will eventually come to realize that the relationship is moving too fast and that she doesn’t, in fact, love you. She was just in love with the idea of being in love.

And even though it was the woman who pursued you in the first place, it’s your fault for rushing the seduction. If you allow yourself to be pulled in by a woman too soon, don’t be surprised if the relationship disintegrates and falls apart with the same speed with which it materialized.

Women understand that most men have no interest in going shopping or spending a night at the ballet. The moment you willingly trade comfort for sex is the moment you become vulnerable and start to look weak.

Case Study: Lamb to the Slaughter

Around 11 p.m. on Friday night, Scott received a message from Janice: “Just at Skybar with a friend. Come join us!” Ever since he had first met Janice a couple of weeks ago, Scott had found himself thinking about her more times than he cared to admit. Deep down, Scott wanted nothing more than to go to sleep, but he knew this was a golden opportunity to see Janice and possibly have sex with her. It was Friday night after all.

When Scott arrived at the bar an hour later, he saw Janice standing in the VIP area with a group of friends. Scott didn’t expect to see Janice with so many people, he thought she was just going to be hanging out with her friend Kelsey. Scott approached the group and tapped Janice on the shoulder.

“Scott, you made it!” Janice shrieked, throwing her arms around him. “Let me introduce you to everyone.”

An hour later, Scott found himself standing on the edge of the group, talking to a guy called Mike who, it turns out, was also there to see Janice. Janice, meanwhile, continued to ignore Scott. He had tried talking to her a couple of times, but she didn’t seem that interested in anything he had to say.

“I knew coming here was a big mistake,” Scott muttered as he went to the bar and ordered another drink.

By the time he came back, Scott was just in time to see Janice and Kelsey say good night to everyone. What a colossal waste of time, Scott thought. I should’ve just gone to bed. At least then I would still have a chance with this girl instead of looking like a total loser.

When you allow a woman to put you in situations that undermine your comfort and control and when you follow a woman’s lead, you inadvertently kill attraction by letting her know that you’re willing to sacrifice happiness and comfort just to bathe in her presence. All you have to do is listen to your instincts.

If It Doesn’t Feel Right, Don’t Do It

The moment a woman asks you to do something that’s inconvenient or doesn’t feel right—refuse. Never be afraid to make yourself unavailable for the attractive man understands one fundamental rule: attraction grows in space. A woman will always test you to see if she can hold power over you. This includes canceling dates, asking you to go out of your way to meet her, as well as trying to get you to drop whatever it is you’re doing for no good reason. The weak man bends to a woman’s will and follows a woman’s lead; the attractive man marches to the beat of his own drum.