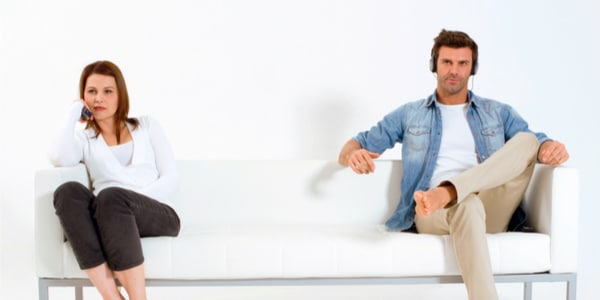 If you mirror a woman’s emotions when she’s withdrawn or bitchy, you can easily re-attract her back into your life and stabilize her emotional volatility.

Any man who’s been in a serious relationship knows that women frequently pull away and create problems for no reason. When this happens, the man’s natural instinct is to wonder why his girlfriend or wife is acting this way.

Sometimes there are legitimate reasons for a woman’s behavior; at other times, there’s no logical explanation except for a female predisposition towards emotional instability. Perhaps you’ve done something to upset her; perhaps she woke up on the wrong side of the bed, or perhaps she’s testing you to see how you’ll respond.

Whatever the reason might be, the most important thing a woman wants to know is this: are you strong enough to handle her emotions or not? 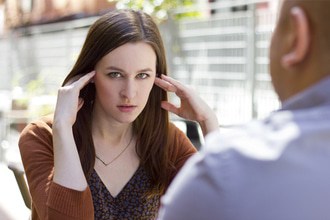 When Neil met Gretchen outside her apartment, he could tell straight away that she was in a bad mood. As usual, whenever Gretchen was upset her face was the picture of misery.

“Are you okay?” Neil asked as he came up beside her.

“Sure,” Gretchen said. As they walked to the park, Gretchen told Neil how she had done yoga a couple of days ago and would try pilates next week.

“Why do you keep talking about my health?”

“You asked me how I’m feeling, now you’re telling me I’m healthy.”

“I only asked because you told me you weren’t feeling well the other day.”

Neil had seen Gretchen act this way before and he knew it didn’t bode well for the rest of the day. The last time Gretchen had acted this way, she had spent the whole day chewing him out.

Neil didn’t want to experience a repeat of that all over again, so Neil did what he thought was best and told Gretchen he “didn’t mean anything by it, it was just a harmless comment.” Neil then proceeded to spend the next couple of hours trying to talk Gretchen into a state of happiness, but nothing he said or did seemed to lighten her mood or make her feel any better.

Six months later, Neil was gone and Gretchen was in a relationship with Sean.

One afternoon, while Gretchen and Sean were having coffee, Sean asked Gretchen if she was feeling better. Gretchen had been sick for a couple of days and Sean wanted to make sure she was okay.

“Relax, I was just making sure you’re okay.”

Fortunately, Sean had seen this kind of behavior before. He got up from the table and flashed Gretchen a smile. “You’ll get the check, right?” And with that, he was gone.

As Sean walked out of the diner, Gretchen got up and followed him out the door. “Where are you going?” she yelled.

“See ya,” Sean said as he crossed the street. The way Sean saw it he was a busy guy. He had his own business, he loved to workout, and he had options with women. He didn’t have time to waste on women who were rude and disrespectful.

Gretchen didn’t contact Sean for the rest of the day, and Sean didn’t contact her either. It was a classic standoff. Gretchen, however, was bristling with anxiety. Will I ever see him again? Is this it? What was I thinking? Why did I have to get so upset over nothing? she thought.

Later that night, Gretchen checked her phone… still no message from Sean. Unable to contain her anxiety any longer, Gretchen typed out a message and sent it to Sean: “Hey, I’m sorry about before. Are you okay?” 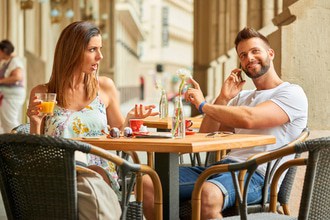 If a woman’s acting moody or withdrawn, all the talking in the world won’t bring her back to a place of joy and happiness. Expressions of frustration and anger will only pour fuel on the situation as the woman comes to realize that she now has power over you and your emotions. In this situation, any attempt to placate a woman and soothe her will be met with sharp resistance. Instead, it’s always better to mirror a woman’s emotions to neutralize her power.

Imagine for a moment that a piece of string binds you to the woman you desire. Every time the string pulls tight, there’s tension in the relationship.

Similarly, when the string goes slack, tension dies and attraction fades. When attraction fades and there’s a loss of interest, either you or the woman—preferably both—must pull away from each other to bring tension back into the relationship.

When a woman pulls away or becomes emotionally distant, most men, in a desperate attempt to soothe their anxiety, try to close the distance, thus making the string go slack, killing all tension and attraction in the process.

Instead, when a woman pulls away, you must mirror her behavior and also pull away in response. This, once more, pulls the string tight, bringing tension and attraction back into the relationship with force and vigor.